HOME / VIEWS ON ENERGY NEWS / WHO IS WINNING THE TRADE WAR BETWEEN THE UNITED STATES & CHINA?

Who Is Winning the Trade War between the United States & China?

The escalating trade war has been casting dark clouds over the global economy creating uncertainty and depressing the global demand for oil and therefore oil prices. 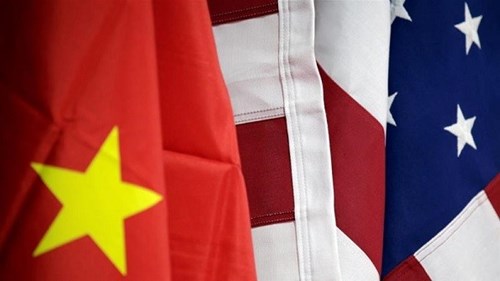 However, the escalating trade war is not principally about oil or China’s trade surplus and alleged Chinese malpractices. It is about the petro-yuan undermining the supremacy of the petrodollar and by extension the US financial system, Taiwan, refusal by China to comply with US sanctions against Iran, China’s overwhelming dominance in the Asia-Pacific region and its sovereignty claim over 90% of the South China Sea, the new order in the 21st century and above all fear of the US losing its unipolar status.

President Trump and his advisers are well advised to study and also heed the mantras of Deng Xiaoping, the inspirational architect of contemporary China and is thus among the towering figures of the twentieth century. His mantras about the peaceful rise of China are:

“China should “observe developments soberly, maintain our position, meet challenges calmly, hide our capabilities and bide our time, remain free of ambition, never claim leadership. China should not attempt to be a hegemon, it should never practice power politics and it should never pose a threat to its neighbours or to world peace”.

By deciphering the meaning of Deng Xiaoping’s mantras, President Trump and his advisers may learn not to overestimate the United States power vis-à-vis China. They may also learn that China will never kowtow to the United States and that it is biding its time and sharpening its claws.

If President Trump derives any lessons for Deng’s mantra, he should then stop his trade war against China and try to reach an accommodation for the benefit of the global economy and also the economies of the United States and China.

Were China to be prevented by rising US tariffs from exporting some $800 bn worth of goods annually to the United States, it can sell them somewhere else. However, for the United States to replace these imports with far more expensive imports from Japan, South Korea and the European Union (EU) could lead to rising costs for US consumers, higher domestic inflation, widening budget deficit and raising US current outstanding debts of $22 trillion by at least 2.35%.

And while an escalating trade war could impact adversely on global oil demand, its effect on China’s thirst for oil would be limited. China will buy more oil taking advantage of lower oil prices and paying for them in petro-yuan thus undermining the petrodollar which is the core of the United States’ financial system.

If, however, President Trump continues escalating the trade war and tries to push China into a corner, he will find that China has very powerful weapons in its arsenal capable of inflicting real harm on the US economy and the dollar. Some of these weapons have been dubbed as China nuclear options. 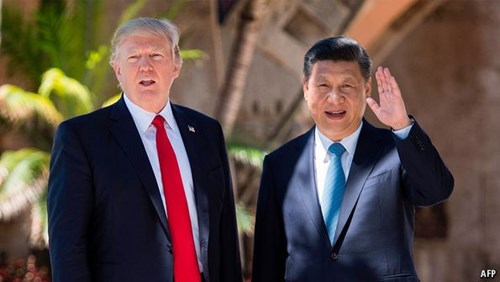 The first is for China to retaliate by offloading its holdings of US Treasury bills estimated at $1.3 trillion. That will immediately cause a steep devaluation of the dollar thus leading to a serious exacerbation of both the US budget and US outstanding debts.

The second weapon is for China to impose an embargo on the supply of rare earth minerals to the United States. That could potentially cripple large swathes of US industry from smartphones, turbines, lasers, missiles, advanced weapon sensors, stealth technology and jamming technology to name but a few. By the time the United States has found alternative supplies, the damage would have been done.

China gave two hints that if the trade war escalates further, it will resort to the nuclear options. The first is when Chinese President Xi Jinping visited an obscure factory of rare earth minerals.

The other is when President Xi Jinping likened China’s determination to face down the United States in the trade war to the Red Army’s Long March which ended in the victory of the communists in China. What is President Jinping was telling President Trump is that China will never capitulate no matter how long the trade war takes.

Furthermore, China will never add its name to any agreement that could enable President Trump to claim victory. It would rather walk away from the talks.

In view of the above, President Trump has no alternative but to end his trade war against China because it is hurting the US economy far more than China’s. This is because China’s economy with an estimated GDP of $27.5 trillion in 2019 is 28% larger than the United States’ at $21.5 trillion based on purchasing power parity (PPP) which is the measuring stick used by both the World Bank and the International Monetary Fund (IMF) to measure economies of the world. Moreover, China’s economy is far more integrated in the global trade system than America’s thanks to China’s Belt & Road Initiative (BRI). That is why China’s economy can take more punishment than America’s.

According to the American Petroleum Institute (API), the trade war is particularly hurting US energy exports. US LNG projects in particular depend on Chinese finance and long-term contracts with China.

And yet, China has still more firepower in its arsenal including its strategic partnership with Russia, the petro-yuan and its ability to nullify US sanctions against Iran’s oil exports.

Some quarters in the West belittle the strategic partnership between China and Russia describing it as a “marriage of convenience”. They even had the temerity to urge President Putin to make a choice between China and the West.

President Putin will never sacrifice his strategic partnership with China for the West. Both Russia and China rank their ties as the “peak” in mutual history. This can be judged by two analytical frameworks: their converging visions of the future world order and their harmonized national interests.

The Chinese view on the world order at this historical juncture is shared and dovetailed by Putin’s Russia. Both sides hold the view that Washington’s alienation from both Beijing and Moscow is reflected by the deeply rooted fear of the US losing hegemonic status as the “only indispensable superpower”. The indications of the US fear are plenty. From Beijing’s point of view, they manifest themselves by the U.S. decision to restart a Cold War containment strategy of China and by the trade war it is waging against it. From Moscow’s perspective, US fears manifest themselves by the US attempts to undermine Russia’s dominance in global energy and also by the Western alliance pushing the Western sphere of influence towards the Russian border.

In sharp contrast to mutual suspicion and deteriorating relationship between Washington and Beijing, the Chinese-Russian tie has proved to be a stable strategic partnership built on mutual understanding, respect and national interests.

The Russia-China strategic alliance is destined to shape the global economy and the geopolitics of the world in the 21st century converting it from a unipolar to a multipolar world.

Relations between China, the world’s largest economy based on purchasing power parity (PPP) and Russia, the world’s energy superpower, are deepening at a time of profound change in the global geopolitical landscape.

Another tool of the Russian-Chinese strategic partnership is BRI. The BRI is a massive undertaking involving investments programmes worth trillions of dollars, which will go toward connecting Asia and Europe by sea, rail, and road to promote more trade between the continents.

One of the latest manifestations of cooperation between Russia and China is a new joint venture to create a “Polar Silk Road” in the Arctic Sea. The new venture will help ship liquefied natural gas (LNG) from central northern Siberia’s gargantuan Yamal LNG project and Arctic LNG 2 project to Western and Asian markets.

A third weapon in China’s arsenal is the petro-yuan. The 26th of March 2018 will go in history as the most momentous day for the United States’ economy, China’s economy and the petrodollar and also for China’s status as an economic superpower. In that day China launched its yuan-denominated crude oil futures in Shanghai thus challenging the petrodollar for dominance in the global oil market.

The petrodollar and the rise of the petro-yuan

Furthermore, China could endeavour to nullify US sanctions against Iran’s oil exports altogether by buying the entire Iranian oil exports amounting to 2.125 million barrels a day (mbd) and paying for them in petro-yuan.

President Trump has touted his “far better than expected” recent meeting with Chinese President Xi Jinping at the G-20 summit in Japan, but experts say that Beijing appears to have gained an upper hand in the trade war. Trump said after his meeting with Xi that Huawei, the Chinese tech giant, will be allowed to purchase US products — suggesting a softening in Washington’s blacklist of the Chinese tech firm. But back in Washington and Beijing, both governments appear to be treading Trump’s Huawei announcement with caution.

President Trump and President Xi agreed at the recent G-20 summit in Japan to withhold from slapping additional tariffs on each other’s products as the two sides return to the negotiating table in a bid to finalize a trade agreement. In addition,
Washington had earlier announced a ban that restrict Huawei’s ability to do business with US firms due to national security concerns. Trump’s apparently softer stance on the Chinese tech giant was seen by some observers as a major concession that the US has granted China. It looked like China is coming out as a winner from this G-20.

And while China could emerge the less hurt from a continuation of the trade war with America, there could be no winners. Both titans will be losers with the global economy the biggest loser by far.