The United States Faces a Bigger War than Iran

Despite efforts by John Bolton the hawkish neo-conservative National Security Adviser to President Trump and Israel’s Prime Minister Benjamin Natanyahu to push the United States to go to war with Iran, war is neither an option for Iran nor for the United States.

Iran is not seeking a war with the United States but it will retaliate if its crude oil exports were prevented from passing through the Strait of Hormuz. And while it will be virtually impossible to block the Strait completely, Iran can nevertheless mine it and wait for an oil tanker loaded with oil to hit a mine. That alone could deter oil tanker owners and insurance companies from sending their tankers across the Strait. Alternatively, Iran could threaten to sink an oil tanker. That could have the same effect like mining the Strait.

The recent attacks on Saudi and UAE oil installation show how easy it is to inflict serious damage on major oil installations like the Saudi oil terminal of Ras Tannura the world’s biggest.

Between the 6th and the 14th of May 2019, there has been reported attacks on Saudi oil installations at the port of Yanbu on the Red Sea, two pumping stations on the Saudi East/West oil pipeline and a ballistic missile fired at an Aramco oil refinery in Saudi Arabia’s Jizan Province. Moreover, a small cargo ship carrying about 6,000 gallons of diesel was sunk in the Sharjah Port in the UAE and there were also attacks on four oil tankers near the port of Fujairah in the UAE (see Map 1). These attacks caused considerable damage. The attackers were reported to have used a variety of weapons from an unmanned, remotely-controlled bomb-boat and frogmen to unmanned aerial vehicles (UAVs). Although Tehran denied any association with the attacks, the efficiency and sophistication of the attacks point the finger on Iran. Iranian press reports on May 12, 2019 pointedly noted that the oil exported through Yanbu and Fujairah was meant to replace Iranian oil.

War with Iran is not an option for the United States either because the damage to US national interests in the Middle East and economy will be unimaginable causing oil prices to surge to more than $130 a barrel. That would exacerbate US budget deficit and add significantly to the $22 trillion of US outstanding debts. It could also cost President Trump the election for a second term in office.

President Trump has a far bigger war to worry about, namely the trade war with China.

The trade war between the two superpowers is principally neither about oil nor about China’s trade surplus and alleged Chinese malpractices. It is about the petro-yuan undermining the supremacy of the petrodollar and by extension the US financial system, Taiwan, refusal by China to comply with US sanctions against Iran, the new order in the 21st century, China’s overwhelming dominance in the Asia-Pacific region and its sovereignty claim over 90% of the South China Sea and above all the fear of the US losing its unipolar status. 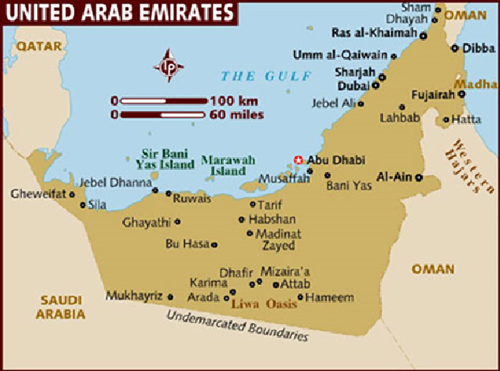 Iran’s Supreme leader, Ayatollah Ali Khamenei said on May 14, 2019 — a week after US Secretary of State Mike Pompeo had visited Baghdad and reportedly met with a senior Iranian official — Iran would do its utmost to avoid war with the US while relentlessly pursuing its ascent as a prominent regional power. He added that there would be no further negotiations with the US describing any such negotiations as “toxic” and explaining that the US seeks to take Iran’s strengths away; meaning to have Iran unilaterally “surrender its defensive power” and “its strategic regional influence.

Khamenei was confident that there was not going to be any war with the United States because the Americans know that the war will not be beneficial for them.

Geopolitics of the Middle East

Iran has made huge geopolitical gains in the Middle East since the US inadvertently pushed Shiite-majority Iraq into the Iranian sphere of influence by imposing democracy on the country following the 2003 war. Tehran now directly or indirectly controls an arc of territory north of Saudi Arabia – Iraq, Syria and Lebanon – while supporting Houthi rebels to the south of the kingdom in Yemen.

Khamenei and official Tehran have every reason to be confident given the reaction of the US, Saudi Arabia, and the Gulf States to the series of violent provocations against their oil infrastructure which began on May 6, 2019.

Iran’s overall approach to its confrontation with the United States is based on the “war on oil doctrine” adopted as a national strategy by then President Mahmoud Ahmadi-Nejad in 2005 and still valid today. It is a comprehensive war plan which would drastically alter the strategic posture in the Middle East and the global confrontation with the US-led West by depriving the West of stable oil supplies.

The strategy aims to attack and disrupt the production and shipping of oil and gas in the Gulf region. Iran will implement its contingency plans by overt and covert acts of war by Iranian forces and their proxies. Their main missions include blocking the Strait of Hormuz and destroying oil installations as well as sinking tankers in the Persian Gulf and the Arabian Sea. The region’s States are aware of the Iranian designs and Tehran’s determination to implement them.

For Tehran, however, there remains an unresolved issue: How to confront US forces deployed throughout the Middle East and not just in the Persian Gulf area. The question arose in early April 2019 once Tehran committed to escalating its confrontation with Saudi Arabia including toppling the House of al-Saud.

Until the Spring of 2019, the Iranians and their proxies were extremely cautious when confronting US forces. By mid-April 2019, Iran started to consider the possibility of localised friction with US forces throughout the greater Middle East. The reverberations of this decision were the crux of the intelligence warnings the US received from Israel.

By early May 2019, Tehran became even more confident in its ability to withstand localised fighting with US forces. It was emboldened by three recent events. The first took place on April 28-29, 2019 when the Turkish military attacked positions of the US-sponsored, predominantly Kurdish Syrian Democratic Forces (SDF) and killed a US soldier fighting with the SDF in Kobane, northern Syria. The next day, the US only rushed to conceal the incident and did not even protest the Turkish attack on the Kurdish forces.

The second event is the growing vulnerability and coming implosion of Saudi Arabia as a result of the new purges by Crown Prince Mohammed bin Salman. Iran is reported to have obtained a copy of a study by current and former Saudi senior officials stating that Saudi Arabia could not face Iran successfully and is not prepared for an international confrontation with Iran.

The third event is joint guarantees of support for Iran by Russia and China in the event the US moved to strangle it and attempt a regime change. These assurances were received on the 15th of May 2019, in the aftermath of a meeting between Russian Foreign Minister Sergei Lavrov and his Chinese counterpart Wang Yi in Sochi, Russia on May 13, 2019. Both countries agreed that their long-term interests demanded the preserving of a friendly Iran as a crucial element in the New Silk Road and the consolidation of the Eurasian sphere. Significantly, Lavrov consulted with President Vladimir Putin before committing to the joint guarantees with Wang Yi.

Iran was gratified by a Chinese expert study which concluded that self-sufficiency helps Iran counter sanctions and thus there was no danger of imminent collapse. Another study by China’s General Staff and Military Intelligence concluded that the US cannot afford war against Iran, but it likely to play intimidation.

Iran’s understanding is that were the US to take military action against it, Russia and China would prevent an Iranian defeat even if there were major setbacks.

The Iranian leadership may not want real war, but it does want proxy war – a game of cat and mouse – against the US and its regional allies to increase the cost of their anti-Iran policies. The Iranian goal is to break the resolve of the US given American military retreats from the Middle East in the past – Lebanon (1984), Iraq (2011), and Syria (presently) – and to increase the cost of Iranian oil sanctions on the global economy through additional disruptions to supply. This is obviously a dangerous game that could get out of hand and lead to real war, not just proxy war.

The core of the Trump administration’s maximum pressure campaign is economic sanctions designed to “choke off revenues” to Iran to force its government to negotiate a “new deal” covering its nuclear activities, ballistic missile programme and “malign behaviour” across the Middle East, while providing sufficient military deterrence to keep Tehran from lashing out at US forces and allies in the region.

To support maximum pressure on Iran, the United States has been building up its naval forces in the Persian Gulf and is preparing to also deploy some 120,000 troops. A military build-up of this size would take months to complete but once it is in place it acquires a momentum of its own.

Still, with Iran saying that it is no longer planning to adhere to the nuclear deal’s 300 kilogram limit on low-enriched – 3.67% compared to 90% for weapons-grade – uranium stocks and the 130 tonne limit on heavy water stockpiles, the US egged by Israel and its allies in the Gulf could be persuaded to attack Iran’s nuclear installations and oil infrastructure and thus precipitate the war both sides have been trying to avoid.