In February 2018, an international consortium led by France’s Total and also comprising Italy’s Eni and Russia’s Novatek, signed two exploration and production agreements covering Blocks 4 and 9 offshore Lebanon, providing for the drilling of at least one well per block in the first three years. The consortium’s priority will be to drill a first exploration well on Block 4 next year, Total said.

As for Block 9, Total and its partners are fully aware of the Israeli-Lebanese maritime border dispute in the southern part of the block that covers only a very limited area (less than 8% of the block’s surface). Given that the main prospects are located more than 25km from the disputed area, the consortium confirms that the exploration well on Block 9 will have no interference at all with any fields or prospects located south of the border area,” the French company said (see Figure 1). 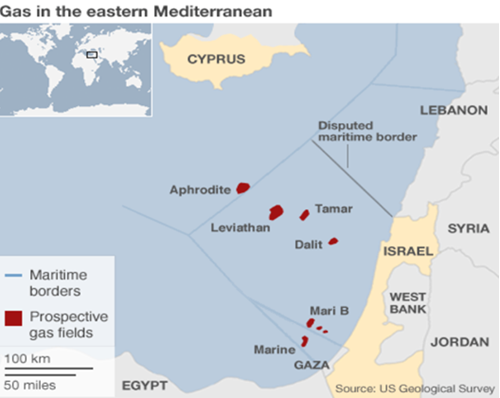 The Lebanese oil ministry said it will move forward in its much-anticipated oil and gas tender, despite the inclusion of disputed territories in some of the allotted blocks and despite objections by Israel.

The two nations are squabbling over the right to claim an 860 kilometre (332 square miles) triangular area as part of their respective exclusive economic zones.

Lebanon and Israel have not defined their maritime border since the withdrawal of Israeli troops in 2000, leaving a slice of contested territory.

But Lebanon says it has demarcated its maritime borders and reported them to the United Nations previously. Lebanon and neighbouring Cyprus signed an agreement delineating their maritime boundaries in 2007, but it remains unratified.

When Israeli troops withdrew from Lebanon in 2000, the U.N.-sanctioned Blue Line became the de facto land border between the two countries. Israel unilaterally extended a line of buoys out into the sea to approximate a maritime border. But Lebanese officials say the angle Israel took from the shore gives it more territorial water than it deserves.

Lebanon—which shares the Levant Basin in the eastern Mediterranean with Israel, Cyprus, Egypt and Syria—has been far behind Israel, Cyprus and Egypt in exploring and developing its share of resources due to political impasse over the past few years, and a dispute with Israel over its southern maritime border.

The Lebanese-Israeli dispute is a long-standing one, but tensions rose last month after Lebanon called an oil and gas exploration tender in disputed territory. Lebanon and Israel have an unresolved maritime border dispute over a triangular area that extends along the southern edge of three of Lebanon’s 10 blocks.

The recent US mediation between Lebanon and Israel failed according to Lebanese media because it meant dividing the disputed maritime area between Israel and Lebanon, something Lebanon adamantly refuses to agree to. Lebanon will not accept any encroachment on its economic maritime zone in the eastern Mediterranean or sharing the natural gas resources in the disputed area with Israel.

The Israeli side also adamantly adheres to its position on sharing Block 9 oil field with Lebanon, claiming part of it is located in Israeli territorial waters, which is strongly rejected by Lebanese authorities.

Tension between Lebanon and Israel escalated further when Lebanon warned that it could act against Israeli gas facilities if Israel tried to interfere in its development of the gas resources under its waters.

Although the seismic indications in Lebanese waters have not yet been translated into confirmed reserves, the Lebanese government is already pinning its hopes on hydrocarbon revenues to turn around the country’s weak economy, which has one of the highest rates of public debt to gross domestic product (GDP) in the world amounting to 132%. 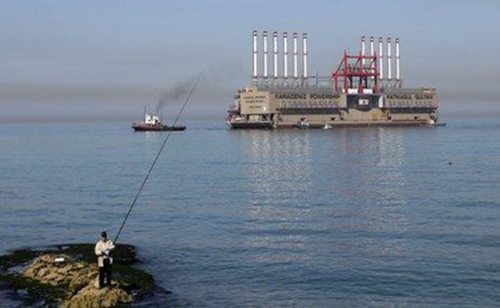 The discovery of huge reserves of natural gas and crude oil in the eastern Mediterranean in the last few years estimated by the United States Geological Survey (USGS) at 122 tcf and 1.7 billion barrels of oil (bb) are stirring the pot of regional turmoil and provoking various reactions from the other players in the area. It is also opening up new economic opportunities and redefining strategic relationships.

The recent hydrocarbon finds are thus catalyzing long running security issues, rather than creating new ones. It looks as if the region is on the verge of a very volatile and highly complicated situation. The complex nature of the overlapping claims, history of conflict in the region and potential riches available to cash-strapped nations, present a long-term security dilemma for regional states and makes it more difficult to resolve the various disputes. Moreover, the gas discoveries are not only changing the energy calculus in the eastern Mediterranean but also creating some new geopolitical developments that could impact on future Russian oil exports to the European Union (EU) and also on Turkey’s strategic goal to be the energy hub for Europe.

These gas riches could either exacerbate an already very tense and dangerous situation in the area or lead to a reduction of tension and mutual benefits to all.