US Sanctions against Iran’s Oil Exports Are Doomed to Fail

Since the withdrawal of the United States from the Nuclear Deal with Iran and its decision to re-introduce sanctions on Iran particularly Iranian oil exports, analysts and experts alike have been competing with each other in their projections about how much Iran will lose from its oil exports as a result of the sanctions. Their projections have ranged from 500,000 barrels a day (b/d) to 1.5 million barrels a day (mbd) out of estimated Iranian oil exports of 2.125 mbd.

Most of these projections were, in my opinion, based on faulty assumptions and lack of understanding of the dynamics of the global oil market and virtually bordering on daydreaming and wishful thinking. 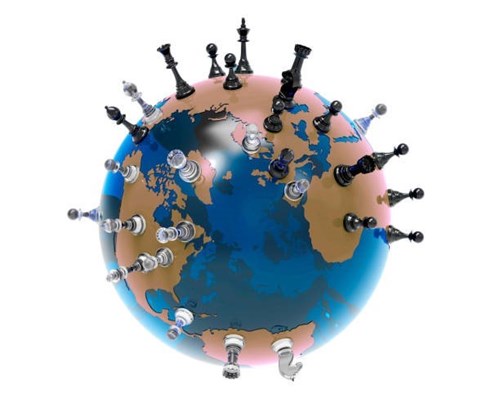 However, I have been saying for quite a while that US sanctions on Iran are doomed to fail and that Iran will not lose a single barrel from its oil exports. My reasoning is based on the following five market realities:

The EU has signalled that it will not comply with US sanctions on Iran and that it is already setting up a mechanism to evade US sanctions and continue trade with Iran. Furthermore, it has resurrected an existing legislation to defend European companies dealing with Iran against US sanctions.

The EU has a lot of economic muscle being the largest trade bloc in the world accounting for 25% of the global economy compared with 18% for the US. If the US takes action against the EU for dealing with Iran, the EU will retaliate against the US.

The EU has no alternative but to support continued trade with Iran because if Iran is not satisfied with EU support, it will definitely abandon the nuclear deal altogether. In such a situation, the alternative could be a further escalation of tension between the US and Iran possibly leading to a war engulfing the entire Gulf region.

While Japan and South Korea might come under US pressure to reduce their Iranian crude oil imports ahead of the US sanctions in November, China and India which combined account for 68% of all Iranian crude exports will increase theirs.

India will never kowtow to the United States or anybody else for that matter. It will look after its own national interests. Therefore, it will never halt its imports of Iranian crude no matter what pressure the United States puts on it. India announced that it doesn’t recognise any sanctions but UN sanctions and that it will ignore US sanctions on Iran and continue to import Iranian crude. In June 2018 India imported 705,000 b/d of Iranian crude compared with 464,000 b/d in June 2017. This is not the action of a country planning to comply with US sanctions on Iran.

Moreover, Iran is not sitting idle either. It is reported to have offered India cargo insurance and tankers operated by Iranian companies as some Indian insurers have backed out of covering oil cargoes from Iran in the face of the returning U.S. sanctions on Tehran. India could pay for its Iranian oil imports by the rupee or by barter trade thus bypassing US sanctions.

Then there is Turkey which accounts for 7% of Iranian crude exports and which has already declared that it doesn’t recognize US sanctions against Iran. All in all 95% of Iranian oil exports will bypass US sanctions leaving only 5% imported by Japan and South Korea and even these could get a waiver from the US.

The escalating trade war between the US and China will hardly impact on global trade and oil demand since the volume of global trade will not be affected, only the destinations.

If China was hindered by rising US tariffs from selling $800-billion worth of goods annually in the US, it can sell them somewhere else as its economy is far more integrated than the US economy in the global trade system supported by its silk and belt road initiative. China’s oil imports which are the driver of global oil demand will therefore continue unabated.

The US, on the other hand, may have to replace Chinese imports with more expensive imports from elsewhere. This could lead to rising costs for US customers, higher inflation, widening budget deficit and rising outstanding debts by at least 2.35%. In other words, the US will be the eventual loser in a full trade war with China.

In view of the above, the Trump administration will be forced to eventually cut its losses by bringing to an end its escalating trade war with China since it could never win this war and also reverse its sanctions on Turkey.

With the robustness of the global oil market fundamentals, OPEC/Russia’s inability to add more than the 650,000 barrels a day (b/d) which Saudi Arabia and Russia combined have already done and with persistent question marks about Saudi proven reserves and production and spare capacities, a $100 oil price is not an if but a when. Even without any outages from Iran, oil prices could rise to $100 a barrel by the end of the year or early next year.

At one time a hint from Saudi Arabia about oil production could have sent oil prices rocketing or declining. This is no more the case.

Saudi claims about the size of its proven oil reserves, spare capacity and its production capacity are currently under global scrutiny.

Doubts about Saudi reserves were one of two major reasons for the withdrawal of the IPO of Saudi Aramco from the market altogether. The other is the risk of American litigation in relation to 9/11. King Salman of Saudi Arabia couldn’t have been clearer when he justified his decision to withdraw the IPO for not wanting to expose Saud oil reserves and finances to scrutiny.

Saudi Arabia claims that it has a production capacity of 12.5 million barrels a day (mbd). This can’t in any stretch of the imagination be true because despite repeated calls by President Trump to Saudi Arabia to significantly increase its oil production so as to save his neck at the coming Congressional midterm elections in November, it managed to add only 400,000 b/d to the market and even these did not come from new production but from oil stored on board tankers or on land. Saudi oil production peaked at 9.6 mbd in 2009 and has been in decline since.

Therefore, Saudi claim of having a 2 mbd-spare capacity is very doubtful and is yet to be tested by the market.

Having failed to force a decline in oil prices, President Trump started castigating the Arab Gulf oil producers by claiming that the United States has been protecting them and yet they have failed to help him reduce oil prices.

His claim is a brazen and crude attempt of blackmailing these countries and getting US hands on their money. The only threat facing these countries is Israel which is provided with money and the most sophisticated weaponry by the United States to maintain its threat and military ascendancy in the Middle East. America and Israel are one and the same and they pose the most serious threat to countries of the Middle East.

I will cite three examples of how the United States has been ogling Middle East oil. One example is the invasion of Iraq in 2003. This invasion was undoubtedly about oil (Mamdouh G Salameh’s “Over a Barrel”, page 191). Even the veteran ex-chairman of the US Federal Bank Alan Greenspan has admitted that the Iraq war was largely about oil (Alan Greenspan’s “The Age of Turbulence, page 463).  While the US won the military battles, it lost the war. The real winners were China and Iran.

Another example is the emergence of the petrodollar. The petrodollar came into existence in 1973 in the wake of the collapse of the international gold standard. Former president Richard Nixon and his then foreign secretary Henry Kissinger understood that the collapse of the gold standard system would cause a decline in the global demand for the US dollar. So the United States under Nixon forced a deal in 1973 on Saudi Arabia under which highlighted:

An oil price higher than $100 a barrel is good for the global economy in that it stimulates global oil investments, it also enables oil-producing countries to get a reasonable revenue and thus spending more on exploration and expanding their oil production capacity to meet future demand and it also enables the global oil industry to balance its books and start new projects.

The world could be heading towards a global oil supply gap by 2020/21 resulting from a drought of investment since the 2014 oil price crash. The global oil market needs 15 mbd by then to meet global demand and also to offset a 5% annual depletion rate almost equivalent to Iraq’s current oil production. However, judging by current trends, it will be virtually impossible to add 15 mbd between now and 2021. Therefore, the probability of oil prices reaching $120 a barrel should be taken seriously.