Iran brings on board a selected group of IOCs

The proof that Iran honours its commitment to create a favourable investment climate and lure back foreign capital lies in the signing of confidentiality agreements with brand named International Oil Companies (IOCs) that happened at the end of August. 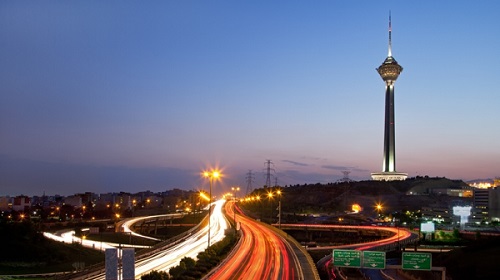 Taken at face value, the signed document simply stipulates the right of access to confidential material, knowledge, or information, which the parties to the agreement can freely share among them, “but not with third parties.” But Tehran benefits directly from this agreement since it gives the Iranians access to consultative services of the IOCs that are researching the local oilfields.

Moreover, the event happened prior to the announced tender in October for the new model of oil and gas contracts, known as Iran Petroleum Contract (IPC). In contrast to the previously applied mode of cooperation based on buyback contracts, the IPC will provide access for IOCs not only to exploration and development projects, but also to production proper.

The difference between the two models is immense: while buyback was based on deals valid for a period from 5 to 7 years, IPC contract would last for some 20-25 years. It commands a stronger and carefully designed commitment to the Iranian market and it also raises the stakes in the case of a possible pullout. Yet, for the moment, the IOCs seem to focus on a more ‘intimate’ involvement in developing Iran’s mineral riches than on considering a retreat.

In fact, the French Total had signed a separate confidentiality agreement in March to explore the potential of the South Azadegan field (the works are estimated to be worth $2.5mn) and revealed the intention to conduct a study of the reasons for the pressure fall in the South Pars, the world’s largest natural gas reservoir, which is jointly owned and developed by Iran and Qatar.

To a calculable extent, the loose group of six energy companies are making a risky bet since Tehran does not do favours. “We will have no obligations to grant the development of the oilfields to them,” managing director of National Iranian Oil Company (NIOC), Ali Kardor explained in a remarkably candid manner. In other words, despite doing all the preparatory and not very rewarding works in assessing the potential output and technical properties of Iranian oil and gas fields, the six IOCs may end up with no contracts at all.

The mere gamble of the IOCs in this case serves as yet another evidence that both European and Asian energy companies are keen to untap Iran’s under-utilized deposits since Western sanction’s regime is being gradually dismantled.

Iran has the capacity to re-join the premiere league of oil-exporters but the actual pace of the comeback depends on the availability of high tech and knowhow in possession of Western energy majors. For the latter, no less attractive is the long overdue upgrade of the gas industry and infrastructure: Iran is one the world leaders in gasification of domestic residential consumers, lists many petrochemical factories, and uses gas for power generation.

Yet, it is unclear when Iran would reach full energy sufficiency in terms of natural gas and would start to produce extra volumes to be earmarked for exports, e.g. to Europe. Nevertheless, this is a plausible scenario not to be dismissed in long-term planning.

To be fair, it is a hardly a secret for European energy market players. “Iran has huge gas reserves and the production costs of oil and gas are very low, the complexity of the rocks are very simple, the rate of return and production is high, especially in the gas fields. It's really an untapped market,” says Iranian-born analyst Sara Vakhshouri, head of Washington-based energy consultancy SVB.

Tehran policy-makers are aware of their competitive edges. Now they are painstakingly putting together an informal alliance of IOCs with a justifiable expectation that once these energy-hungry entities dig their teeth deep into the hefty pie their profit-focused interest would motivate them to act as Iran’s lobbyists.

Tehran authorities are beating the drum and forecast the new rules of engagement, more ‘user-friendly’ and transparent, would see a flow of $50 billion a year in foreign investment. Whether this is a bit of wishful thinking or a realistic prediction still remains to be seen.

The first testament would emerge soon enough, in March 2017, when the three IPC-based deals in the offering are expected to be signed and sealed. Tehran expects the contracts to fetch some $10bn of foreign investment. If the contracts materialize, it would give impetus to other international energy majors to enter the game.

George is Editor of the "Energy International Risk Assessment" (EIRA) independent monthly newsletter, a specialised on-line publication, originally launched in May 2103 as a digital edition to a wide audience of readers. Together with the eiranews.com website, they focus on risk assessment and the geopolitics of energy in South East Europe, the Middle East, North Africa, and adjacent  regions. A retired diplomat, he has worked for 35 years as a Press Counsellor at the Greek Embassies in Washington DC, London, Moscow, Prague, and the UN Greek Mission  in New York City.