The Suez crisis of 1956 was such a momentous event for Great Britain that it reduced a great and proud country from a major player on the international stage to a second rate power, caused its economy to shrink and devalued its currency. 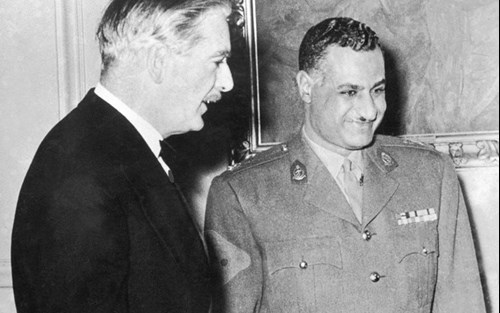 Almost sixty three years ago, Great Britain plunged into a game-changing crisis when it colluded with France and Israel to attack Egypt in order to regain the Suez Canal and remove the late Egyptian President Gamal Abdel Nasser who had just nationalized the canal. After the fighting had started, political pressure from the United States, the former Soviet Union and the United Nations forced a withdrawal by the three invading nations from Egyptian territory. The crisis humiliated Great Britain, France and Israel and handed the late President Nasser a great political victory. Nasser emerged as the unquestioned idol of the Arab people.

The late Nasser nationalized the Suez Canal in retaliation against the United States and Great Britain forcing the World Bank to withdraw a loan it had previously agreed to extend to Egypt to finance the building of the Aswan High Dam, a life-saving project for Egypt.

Since then Great Britain under the leadership of Edward Heath, the greatest British statesman since Winston Churchill, joined the European Union (EU) deriving great trade benefits where more than 35% of UK trade goes, acquired a lot of international influence as a member of the world’s largest economic bloc accounting for 22% of the global economy and gave it a louder voice in international affairs.

This has been the case until June 23, 2016 when the British people voted with a very small margin to leave the EU. They were conned under false pretences to vote to leave. Those who conned the British people have in effect committed an act of treason against their country for which they should be brought to justice. Unfortunately, this is not going to happen since one of the prime instigators behind Brexit is now the Prime Minister of Britain.

The Financial Cost of the Suez Debacle

To force Great Britain to end the invasion, the United States put financial pressure on it. Because the Bank of England had lost $45 million between 30 October and 2 November 1956 and Britain's oil supply had been restricted by the closing of the Suez Canal, the British sought immediate assistance from the International Monetary Fund (IMF), but it was denied under pressure from the United States. Former US President Eisenhower in fact ordered his Secretary of the Treasury, George M. Humphrey to prepare to sell part of the US Government's Sterling Bond holdings. The UK government even considered invading Kuwait and Qatar if oil sanctions were put in place by the US.

End of an Empire 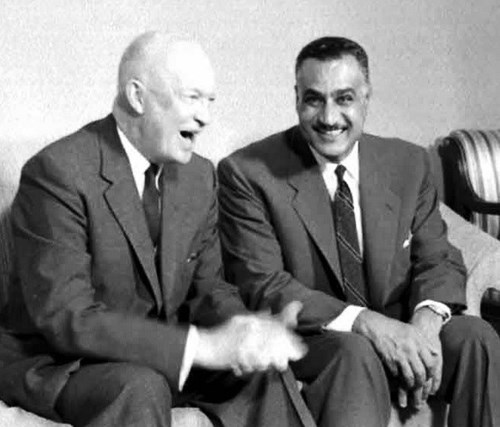 Britain's then Chancellor of the Exchequer, Harold MacMillan advised Prime Minister, Anthony Eden, that the United States was fully prepared to carry out this threat. He also warned Eden that Britain's foreign exchange reserves simply could not sustain the devaluation of the pound that would come after the United States' actions; and that within weeks of such a move, the country would be unable to import the food and energy supplies needed to sustain the British population.

Moreover, the US refused to fill the gap until Britain and France agreed to a rapid withdrawal. Other NATO members refused to sell oil they received from Arab nations to Britain or France.

The political and psychological impact of the crisis had a fundamental impact on British politics. Suez was a blow to British prestige from which the country never recovered. Increasingly, British foreign policy thinking turned away from acting as a great imperial power.

As with the Suez debacle, Brexit has had very adverse impact on the British economy, gross domestic product (GDP,) investment and the value of the pound even before the UK actually left the EU.

There is overwhelming or near-unanimous agreement among economists that leaving the EU will adversely affect the British economy in the medium- and long-term.

Studies published in 2018 estimated Brexit would cause the GDP to shrink by 2.0%-4.5% and per capita income by 1%–10%. These estimates differ depending on whether the UK does a Hard or Soft Brexit. In January 2018, the government's own Brexit analysis which was leaked to the press, showed that UK economic growth would be stunted by 2%–8% for at least 15 years following Brexit, depending on the leave scenario.

Nobel-winning economist Paul Krugman, estimates that Brexit could cost around 2% of GDP.

The IMF reduced its 2020 economic growth forecast for the UK to zero with the British economy in fact shrinking.

A joint 2018 analysis by Stanford University and Nottingham University economists estimated that uncertainty around Brexit reduced investment by businesses by approximately 6% and caused an employment reduction by 1.5%. A number of studies found that Brexit-induced uncertainty about the UK's future trade policy also reduced British international trade from June 2016 onwards. A 2019 analysis found that British firms substantially increased offshoring to the EU after the Brexit referendum, whereas European firms reduced new investments in the UK.

A March 2019 report from the independent research institute New Financial identified 269 companies in the banking or financial services sector that had relocated portions of their businesses or staff following Brexit; of these moves, 239 were confirmed as Brexit-related. The greatest number of moves were to Dublin (30%), followed by Luxembourg (18%), Frankfurt (12%), Paris (12%), and Amsterdam (10%).

Since the referendum, the pound sterling has lost more than 23% of its value against the dollar and 8% against the euro. The claim that a weaker pound would benefit aerospace and defence firms is false since many parts of these companies’ exports are imported. Furthermore, a weak pound raises British import bill adding to domestic inflation and budget deficit.

According to most economists, EU membership has a strong positive effect on trade and, as a result, the UK's trade would be worse off outside the EU. According to a study by University of Cambridge economists, under a hard Brexit (leaving without a deal), one-third of UK exports to the EU would be tariff-free, one-quarter would face high trade barriers and other exports risk tariffs in the range of 1%–10%.

Last but not least is the divorce bill which the UK has to pay after leaving the EU. The bill is essentially a financial settlement in which the UK must pay off its liabilities to the EU. This includes, for example, unpaid contributions to the EU's multi-year finances. Estimates of the bill are around £39bn which could see increases as far as 2022.

The Ideological Basis of Brexit

Ideologues of Brexit have always argued that the country can stand on its own and can even flourish outside the EU. Their ideological inspiration is that their country stood alone for two years against the onslaught of Nazi Germany.

However, these ideologues ignore the historical fact that if not for Hitler’s strategic mistake of invading the former Soviet Union, Britain and the whole of Europe would have been now under the boots of Nazi Germany. Other than the strategic, ideological and economic reasons for invading the former Soviet Union and destroying communism, there was an element of vanity on Hitler’s part. He wanted to prove to the world that he will succeed where Napoleon failed. His vanity cost him the war and he paid a price that changed the world.

If not for Hitler’s strategic mistake and vanity, there could have been three multi-polar powers in the world: A Nazi Germany-led Europe, the Soviet Union and the United States.

Despite the self-inflicted damage on the British economy by Brexit, there is a growing tide among the British public for a second referendum that could reverse the outcome of the first referendum thus enabling Britain to bury Brexit forever.

There is a growing national feeling in Britain that the British people and the British economy shouldn’t be held hostage to a few ideologues with a very right wing leaning in the Conservative party.

That is why a second referendum is the only solution to the political and economic crisis debilitating the UK and also threatening to dismember the Union.