Today was the grand finale of the trip, our final destination before we headed back to London. To mark this special occasion we had two exciting events planned: a trip to the British Ambassador’s residence in Paris, Rue du Faubourg Saint-Honoré, where we had been invited for tea by British Ambassador Julian King; and the final Energy Conference of the EVRT held at ESCP’s largest and oldest campus on Avenue de la République. It was the day we had all been looking forward to the most! The conferences have been a great opportunity for us to develop a better understanding of the current issues in energy markets, and were the events we had been looking forward to the most!

The high-profile nature of this meeting meant that Prof. Dr Kostas Andriosopoulos, Academic Director for the MSc in Energy Management (MEM) programme and Shireen Fraser, Head of PR for the London Campus joined us to show their continued support for the EVRT. We parked the three cars in front of the staircase that led up to the building’s main entrance, the door of which had features resembling that of a palace. The residence has a connection with Napoleon and was the first British Embassy bought and owned by the British. 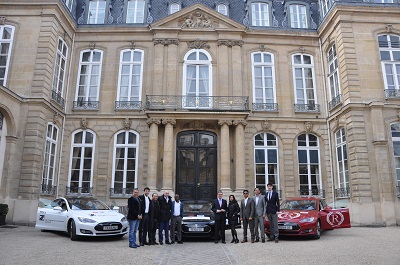 At 10:30 sharp the Ambassador came to meet us with his team, who were keen to take a look at the cars, inside and out. To their amazement (and this became a common reaction from everyone we met during the trip) the front bonnet had no engine. People are so used to seeing an engine in the front that its absence is quite surprising.

After the final goodbyes it felt great to know that ESCP had developed strong relations with such admirable influencers, and that we were creating new opportunities for future students as Ambassador King extended a kind invitation to “come back next year and visit”. We left the grand residence to make our way to the next event on the agenda. 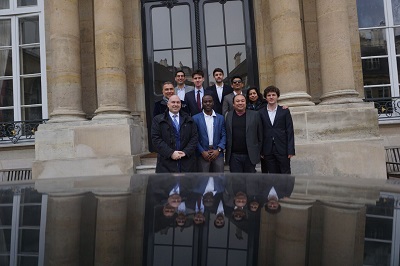 We drove into the famous ESCP Paris campus and parked the cars in the big courtyard. To our delight there was a crowd waiting to welcome us. Standing next to a gazebo were Nathalie Sulmont and Lacopo Levenheck, MSc in Energy Management students responsible for organising the Paris event in collaboration with the School’s Automobile Society led by Bruno Mestre. 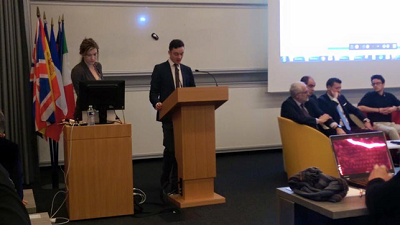 Prof. Andriosopoulos kicked off the conference by stating how impressed he was that the MSc in Energy Management students had managed to pull off the event. “When Ben first came to us with the idea we knew it would be challenging!” Ben Pullen then gave the audience an overview of how the event was organised and highlights from the trip.

The discussion panel on “Challenges and Solutions for Mass Commercialisation of Zero Emission Cars” brought together top industry experts.

After an interesting panel discussion the audience had some challenging questions for the speakers. Afeez Alade-Kolawole, Founder of TryMyEV questioned the ability of the hydrogen fuel cells to reach scale and have an impact on the mass market. His concern was the amount of platinum needed in the process and the cost associated with it. Afeez’s comments tied in perfectly with the aims of the MSc in Energy Management course from the perspective of helping students to understand the technical factors to be considered in the energy business environment.

The evening was more laid back, with dinner at a wonderfully quaint restaurant called ‘La Bringue’ on rue Yves Toudic, where we were joined friends and alumni of ESCP. A second member from TryMyEV.com had travelled to Paris earlier that day to join us for the events. Carol Stephan, Alumna of ESCP’s Master in European Business, joined us as the first woman on the EVRT. It was not intentional to have an all-male EVRT team, and it made us realise that there was a need to ensure we attract both men and women for next year’s road trip.