Saudi Aramco: A Global Oil Giant with a Global Credibility Gap to Match 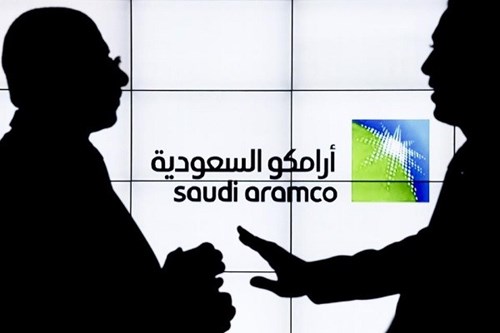 There was a lot of fanfare about Saudi Aramco created by investment banks which benefited hugely from Saudi Aramco’s launch of a major bond issuance to help finance its acquisition of 70% stake in Saudi petrochemical Basic Industries Corporation (SABIC).

To help a successful bond issuance, Saudi Aramco issued a prospectus in which it shed some light on its finances and proven reserves for the first time since it has become a fully-owned Saudi company.

The prospectus focused on the bright side of the company. It emerged from the prospectus that Saudi Aramco is the world’s most profitable company with net income almost twice that of Apple ($59.4 billion, 2018) and almost 6 times that of ExxonMobil ($20.8 billion) or Shell ($23.4 billion) (see Chart1). At the same time, Aramco’s had $48.8 billion of cash in 2018.

However, the prospectus left many crucial questions unanswered. Prominent among them is the real size of Saudi proven reserves and the production levels of its very aging oilfields which underpin its current production.

Is Saudi Aramco really the World’s Most Profitable Company?

With supposedly 266 billion barrels (bb) of proven reserves, exports of some 7 million barrels a day (mbd) providing an annualized revenue of $179 bn at current oil prices and a production cost of $7.5 per barrel before tax, Saudi Aramco could to all appearances be confirmed as the world’s most profitable company. However, appearances could be deceptive.

There has recently been claims that an independent audit has put Saudi Aramco’s oil reserves at $270 bb. It transpired that the audit was neither independent nor unbiased as it was arrived at by auditors with long-standing ties to Saudi Aramco.

Far from having proven reserves of 270 bb, I estimated the remaining Saudi proven reserves at no more than 70-74 bb. By adding Saudi production since the discovery of oil in Saudi Arabia in 1938 till now (for which we have figures) and then deducting them from Saudi claimed proven reserves along with an annual depletion rate of Saudi aging fields averaging 8% for the same period, my calculations came to around 70-74 bb of remaining reserves.

The fact that Saudi Arabia’s proven reserves remained virtually constant year after year despite sizeable annual production and a lack of major new discoveries since 1965 is due to the Saudis increasing the oil recovery factor (R/F) and the oil initially in place (OIIP) to offset annual production. The Saudis have been declaring an R/F of 52% or even higher when the global average is 34%-35%. They have also increased the OIIP from 700 bb to 900 bb on the basis of Saudi Aramco projecting new discoveries which are yet to be discovered.

Moreover, five giant oilfields Ghawar, Safaniya, Hanifa, Khurais and Zuluf all of which are more than 70 years old and which are being kept producing by a huge injection of water, have over the years accounted for more than 90% of Saudi oil production with Ghawar accounting for 50% of the total.

Now for the first time ever Saudi Arabia has downgraded its proven oil reserves by 10 bb from the claimed 266 bb to 256.9 bb but that is not all. Those reserves are barrels of oil equivalent (boe) compared with their previous claim of 266 bb of crude.

It transpires now that the new figure of 256.9 bb of boe consists of 191 bb of crude, 10.4 bb of condensates, 25.4 bb of NGLs and 185.7 trillion cubic feet of natural gas. Assuming their percentage condensate is 5.5% of the total, a very conservative estimate, that would mean that they are claiming their "crude only" reserves are around 191 bb.

The idea that Saudi still has 266 bb of proven reserves must now be regarded as pure fiction. They are saying now that their oil reserves are 201.4 bb of crude and condensate and not the 266 bb they have been claiming for years.

Moreover, the Saudis have admitted for the first time that Ghawar which is the cornerstone of Aramco’s oil production and which according to the Saudis has been for years contributing 5 mbd to Saudi total production, can only produce 3.8 mbd. If this is the case, then the persistent reports about depletion of reserves which have been circulating for years about Ghawar must be true. It is fair then to suggest that the same depletion would have also affected the other oilfields of the same age. This is supported by the fact that Saudi oil production peaked in 2005 at 9.6 mbd and has been declining since. In a nut shell, Ghawar could prove to be the Achilles heel of Saudi oil production.

This also contradicts Saudi claims that they have a production capacity of 12 mbd and a spare capacity of 2 mbd.

Meanwhile, the persistent question marks about the actual size of Saudi proven reserves will continue unabated until a truly independent audit is undertaken. Based on their new declared figure of 201 bb of crude and condensate, I reached the conclusion their actual reserves couldn’t be more than 50 bb at the end of 2018 and not 70-74 bb I calculated before based on their previous claim of 266 bb of reserves.