Posted on: 9/30/2015
Peter Stephenson-Wright ,
Affiliate Professor at ESCP Europe Business School, and Programme Director for the MSc in Marketing & Creativity

THE BUSINESS OF CLIMATE CHANGE

Back in 1990, as the green movement first gained critical mass amongst consumers, I was involved in the development of an advertising campaign in the UK and Germany. The TV spot did not show any glossy product shots, but simply a sequence of beautiful natural and animal scenes against a soundtrack of Louis Armstrong singing ‘What a Wonderful World’. At the end, a voice-over informed viewers that cars from Vauxhall and Opel would be fitted with catalytic converters at no extra cost (rivals were charging extra for these). The campaign was an enormous success, winning a Gold EFFIE Award that year for marketing effectiveness. Vauxhall and Opel’s brand image improved dramatically and the public bought their cars in record numbers. 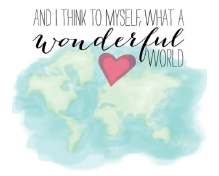 Since then, it has become rather less straightforward to influence consumer attitudes and behaviour.

A mixture of general apathy, changing government priorities and frustration over “greenwash” has left the public confused and uncertain about their personal roles in limiting climate change. Moreover, surely as long as the US keeps guzzling gas and China keeps burning coal, there’s little an individual citizen can do?

Despite this, however, for any agreements made at the forthcoming COP21 Climate Change conference to be effective consumers are undoubtedly going to have to be on board. With BP predicting a rise in global energy consumption of 41% between 2012 and 2035, public sentiment and action will need to change if the world is to pursue a sustainable path.

So what are the barriers and what needs to change?

The starting point is the difficulty in perceiving climate change. After all, the symptoms are, for the most part, a slow creep of statistics. NASA may have announced in July that the last six months have been the warmest mid-year sequence since 1880 – but what does that really mean? The inherent nature of climate change is a slow, imperceptible drift punctuated by extreme and disruptive weather events. It’s the events that usually grab the headlines, with causal links difficult to make.

A second barrier is that consumers may feel that the low-hanging fruit is all gone and from now on the environmental trade-offs will get more complex and more expensive. Not entirely true. Despite successful campaigns promoting such things as home insulation, low-energy bulbs and solar panels, there is much more to be done; the real challenge lies in changing behaviours.

This brings us to society’s pre-occupation with “newness”. Consumers have been conditioned to want the latest in everything, and to pay a profits-friendly premium for it. But making things new every time is superbly wasteful. It’s not just about encouraging consumers to recycle, it’s about building a culture that equates new with wastefulness, not the leading edge.

A small example of the challenge ahead: it’s been some years since manufacturers successfully developed furnace-friendly paint to enable old building materials to be recycled, but buyers missed the “new paint” smell and shunned the option. Clearly there is psychology as well as chemistry to overcome.

It is certainly true that trends amongst the Facebook Generation show a different balance between ownership and usage. Why own things when you can rent, share or borrow them? For them, possessions are out and experiences are in. However, with this attitude comes a certain disengagement from the hard facts of the world around. The TwentySomethingLondon.com guide to independent London captured the zeitgeist of a generation when it announced an app to make going out with your mates “as easy as doing quantum physics”. So much for science, let’s get on with the important things in life!

But even virtual consumption has a real affect on the environment. Some 11% of the energy currently consumed in the UK is devoted to running the internet, and this will only rise. A future sustainable world is going to have to find energy-efficient ways of “doing digital” too – as Google has pioneered, using solar energy to power its latest data centres. 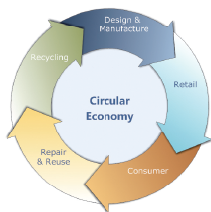 Leading organisations are already adopting so-called ‘Circular Economy’ models to become more sustainable and gain competitive advantage. Research by Accenture recently identified five drivers of the so-called “Circular Economy”, identifying production and consumption systems that combine traditional renewable and recycling strategies with newer ideas such as product life extension, sharing platforms and product-as-a-service strategies. All of them represent a fundamental consumption shift from volume to performance that will need to be reflected in the ways in which governments and businesses communicate with their citizens and customers.

Consumer education and information will have important roles to play

In many countries, businesses are beginning to recognise their part in building public momentum versus the ups and downs of Government policy. French companies, with their leading positions in energy markets in the UK and elsewhere, are likely to play a leading part in shaping public take-up of the energy-efficient products and services in the future, whether EDF and Areva in the nuclear industry, Veolia leading the delivery of Circular systems, Bolloré with its Autolib’ electric car sharing service or Alstom’s new energy recovery system for the London Underground.

At the domestic and small business level, studies around the world have shown that simply making energy usage visible through the introduction of ‘Smart Meters’ can lead to a reduction of 9% in personal energy consumption; switching to these would more than deliver the UK Government’s current target of a 2% saving.

According to Peter Franklin of energy consultancy Enstra, the next generation of these systems will use this information both to reduce overall consumption and to educate consumers about switching their energy usage outside peak periods of demand. Public behaviour in the future is likely to be shaped by a mixture of rewards and penalties. As Bill Bernbach famously said, “It’s not a principle until it costs you money”.

The Swiss authorities realised this many years ago and instituted a mandatory system for rubbish collection, giving bags for waste to be recycled for free, but charging SFr20 for bags used for unsorted rubbish.

As well as encouraging recycling by consumers, Germany took the issue one step up the distribution chain, forcing retailers to pay for the ‘Green Dot’ scheme on all packaging: the more there is, the higher the fee. The response, simpler packaging, has alone resulted in a drop of 1 million tons per year in the country’s annual waste of 30 million tons.

There is more to do worldwide at all levels in society. The challenges will be tough, but both government and industry must grasp the opportunities to shape public opinion – and, like Vauxhall and Opel, reap the potential benefits in image and sales.  We would all be winners from this. How about a new awards ceremony for those companies doing the most to change public perceptions and behaviours?

Peter Stephenson-Wright is Affiliate Professor at ESCP Europe Business School, and Programme Director for the MSc in Marketing & Creativity.

If you would like to know more about ESCP Europe and its postgraduate programmes we invite you to come to our annual Open Doors event on Saturday 10th October in London.

This all-day event will combine presentations, workshops and panel discussions, all designed to give you an idea of what happens at ESCP Europe, The World's First Business School (est. 1819). We will also provide refreshments and networking sessions, allowing attendees to mingle informally with both each other and members of the School's staff and faculty. To register, please click here.