Calling all creative innovators in Africa, the environment needs you

A recent report has shown that in addition to conflict, climate change is contributing to food insecurity across some parts of the continent: ''224 million people are now reportedly under-nourished on the continent, an increase of over 20 million in recent years. The reasons for this are complicated but related to the increasing pressures of extreme weather events. Rising temperatures and a greater prevalence of droughts across the continent has led to repeated crop failures.'' Widely read and widely shared, this topic is not trending in Africa.

Africa's environment is under serious threat, and along with it the very livelihoods of it's people. The Guardian report on the cocoa industry in Ivory Coast highlighted how the country's rainforest cover is being destroyed at a staggering rate- going from covering 25% of the country to just a mere 4% in just two decades. 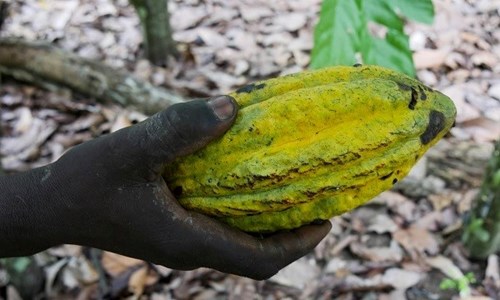 At the same time, ''Africa has the highest levels of severe food insecurity, affecting 27.4% of the population - almost four times that of any other region.'' according to the report cited in the Guardian. As our environment is destroyed for short term economic development, we place ourselves at the mercy of changing climate conditions.

Africa needs a mind shift when it comes to protecting the environment, and the future of it's people on the continent. A shift that will begin to look at development in Africa with the belief as they say that, ''We do not inherit the earth from our ancestors, we borrow it from our children''.

Looking towards our leadership and expecting them to develop the will and ambition to tackle climate change related issues is not the way forward. Maybe the hope lies with us the people. As citizens we have shown that we are capable of developing our own solutions and setting trends that others will follow. If we can leapfrog the West in mobile money, we can leapfrog the West in protecting what's left of our biodiversity and redesigning economic development so it benefits both people and planet. Africans are creative, and it's time we bring that creativity and innovation to saving the only continent we have.

Entrepreneurship and innovation can power a greener future.