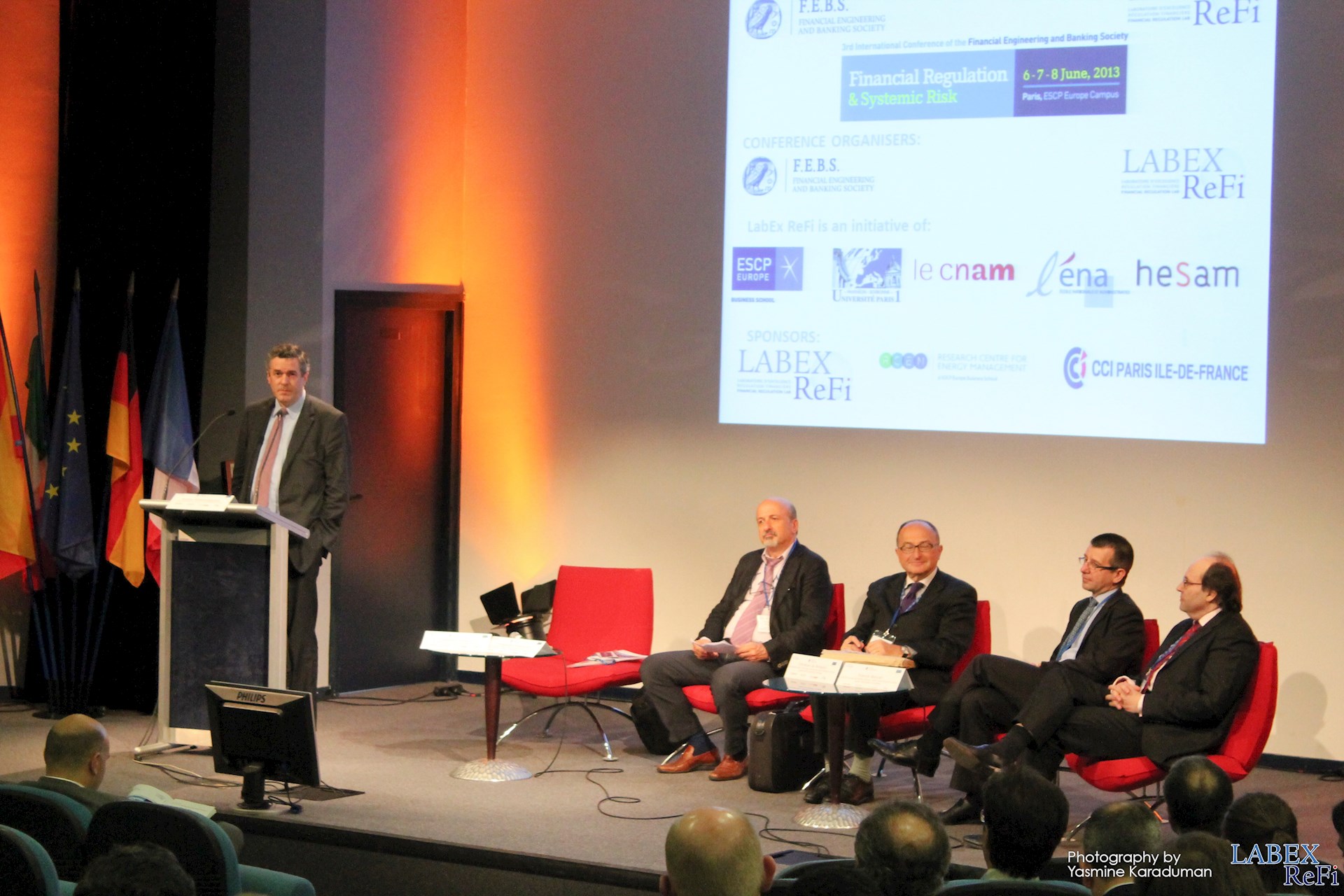 The 3rd International Conference of the Financial Engineering and Banking Society (FEBS) took place on 6th-7th-8th of June, 2013 at the ESCP Paris campus. The 2013 Conference was organised by the Laboratory of Excellence for Financial Regulation (LabExRéFi), under the auspices of the FEBS.

The event provided an excellent platform for researchers and practitioners to hear the about new research, share some key insights and discuss a wide range of topics related to financial regulation, financial engineering, bank governance and systemic risk.

The conference was truly international. We had 290 participants from 37 countries across Europe, the Middle East, Asia-Pacific and the Americas. Papers were presented by 225 people from the most prestigious business and academic institutions, contributing to a highly stimulating and thought-provoking event.

The EMC is pleased to announce the following key facts of our successful event:

Further information about the International Journal of Financial Engineering and Risk Management  and its latest Special Issue on "New Facets of Old Risk: A Quantitative Approach" is available at the following link.

During the cruise dinner, Professor Darrell Duffie, recipient of the FEBS honorary award for his outstanding contributions in the field of finance delivered his keynote speech.

The Gala Dinner was held at the Hôtel Potocki on 7thJune. Professor Ike Mathur, recipient of the ESCP honorary award for his outstanding achievements in the fields of banking and Finance delivered his keynote speech.