A new claim has been made about the size of the United States proven oil reserves. The claim comes this time not from BP Statistical Review of World Energy but from a Norwegian Consulting Group Rystad Energy.

Rystad Energy claims in a new report quoted by Reuters that due to its large deposits of shale oil, the United States has more recoverable oil reserves than either Russia or Saudi Arabia.

According to this report, the US is claimed to have an estimated 264 billion of barrels (bb) of reserves in existing fields, discoveries and yet to be discovered fields. This figure, the report says, surpasses Saudi Arabia’s 212 bb and Russia’s 256 bb. However, according to the 2016 BP Statistical Review of world energy, Saudi Arabia’s proven reserves and Russia’s are 266.6 bb and 102.4 bb respectively. 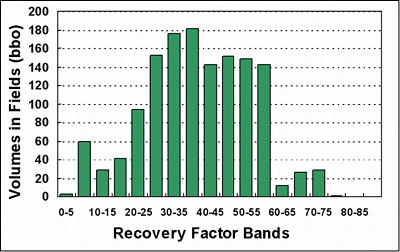 To show the absurdity of the claim, the Norwegian company is including in its US reserves oil from yet to be discovered fields while the Saudi and Russian reserves are already proven.

According to the 2016 BP Statistical Review of World Energy, the US ranks 9th in terms of proven reserves behind Venezuela, Saudi Arabia, Canada, Iran, Iraq, Russia, Kuwait, and UAE.

Rystad Energy said government data across the world are collected using a range of metrics that are often opaque. Many countries’ reserves often include yet to be discovered oil citing Venezuela as a case in point. Although the US Energy Information Administration (EIA) estimates Venezuela’s proven reserves at 298 bb, the largest in the world, Rystad Energy says these are inflated estimates because much of those reserves are not discovered. Yet this is exactly how Rystad Energy reached its estimate of US oil reserves.

There are large uncertainties about the size of US shale oil resources with estimates ranging between 700 bb and 2.00 trillion barrels (tb) and spread all over the United States.

Although no serious attempts have been made yet to assess its size, it seems that even if the oil-initially-in-place (OIIP) volumes are large, reserves will not be as high due to a very low recovery factor (RF) presently in the range of 1-2 percent. It is one thing having huge resources of shale oil in-place and quite another turning them into proven reserves and sizeable production capacity. The EIA reported that US proven oil reserves (conventional and shale reserves) amounted at the end of 2015 to 36.4 bb compared with 268.3 bb for Saudi Arabia and 103.2 for Russia.

This is not the first time false claims were made about the United States oil assets. Last year the 2015 issue of BP Statistical Review claimed that the United States has overtaken both Saudi Arabia and Russia in 2014 to emerge as the world’s top crude oil producer with an average daily production of 11.64 (mbd) in comparison with 11.51 mbd for Saudi Arabia and 10.84 mbd for Russia.

BP includes natural gas liquids (NGLs) which come from natural gas wells as well as such gases as ethane, propane, butane and pentanes which may not qualify as crude oil and condensates in its crude oil count. A case in point is Qatar. The 2016 BP Statistical Review of World Energy gives Qatar a daily crude oil production of 1.898 mbd when Qatar’s daily production averaged 727,000 barrels a day (b/d) during 2010-2014 according to OPEC’s 2015 Annual Statistical Bulletin. The difference between BP’s figure and OPEC’s is 1.171 mbd which Qatar has never sold as crude oil but always as NGLs.

Production of natural gas plant liquids in the United States has grown rapidly as a result of increasing production of shale gas. These liquids are useful, but they are not oil and only displace oil in a minor way. Moreover, their energy content is around 65% that of crude oil and so counting barrels of natural gas plant liquids as equivalent to oil is doubly misleading.

The real question is whether natural gas plant liquids can be sold as oil on the world market. The answer is a resounding “No”. In fact, major oil exchanges accept neither natural gas plant liquids nor lease condensates as satisfactory delivery for crude oil. And if major exchanges don’t accept natural gas liquids as crude oil, then they are not crude oil or as a well-known Texan oilman, Jeffrey Brown, pointed out:” If what you are selling can’t be sold on the world market as crude oil, then it’s not crude oil”.

All this is not to deny that oil production in the United States has risen in the last few years rather quickly. But this must be put in context. Over the past eight years, as a result of the shale oil revolution, US oil production has increases by 50% from around 6 mbd in 2008 to 9 mbd in 2014. But the steep decline in oil prices since July 2014 has reduced US oil production to an estimated 7.18 mbd and raised net US oil imports by 817,000 b/d to 7.95 mbd today. For comparison, OPEC reported that Saudi Arabia’s oil production was 10.3 mbd.

*Dr Mamdouh G. Salameh is an international oil economist. He is also a visiting professor of energy economics at the ESCP Business School in London.