In spite of all the polls assuring of a clean win for Hillary Clinton, the latent anti-establishment revolt of the “America first” electorate has propelled a non-interventionist and, in this sense, a “nationalist” (as opposed to globalists) to the top job in the last world’s superpower. It is hard to dismiss outright the comment from non-mainstream but gaining momentum political groups that the result of the 2016 US elections is “a triumph of the people over a failed political establishment” and that America will never be the same again. 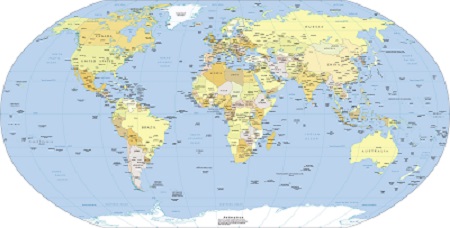 However, the last assumption could be effectively challenged. It is not over yet. There are deep divisions within the political class and corporate community with Wall Street bankers still clinging to their guns and the neocons in both parties ready to continue sacrificing the United States for the sake of a globalist vision.

Now, for many international actors with a stake in bringing the house back into order the crucial issue is whether the 45th President of the United States named Donald Trump will abandon the neocons’ agenda, pursued by Republican President George W. Bush and then by Democratic President Barack Obama, and reverse the belligerent invasive policies, which have enhanced uncertainties threatening global security, created a bubbling cauldron of terrorist radicalism in the Middle East, and, above all, multiplied enemies of the West and the United States throughout the globe.

Supposedly, President Trump does not encounter insurmountable opposition in the Congress (that is despite both chambers remaining under Republican control but with the GOP split along ideological lines) and his decrees are not sabotaged at mid-management level.

Supposedly, President Trump treads cautiously a thin line of piecemeal reforms of the Big Government without opening hostilities against “special interest” groups he so much dislikes in tune with the prevailing and bipartisan public sentiment.

Supposedly, he does not make the same mistake as President John Kennedy when he issued the Executive Order 11110 empowering the Treasury Department to create and issue currency without going through the privately owned Rothschild Federal Reserve Bank – and happily avoids the likelihood of ending his days with “mystery bullets” in his corpse as it was the case in Dallas in 1963.

Then, the ”reset” or more correctly the “reboot” of the American political system would be launched concurrently with a sort of a “new deal” putting interests of the manufacturing, working and creative America above the interests of the financial oligarchs and Wall Street speculators who back in 2008 commanded 70% share of redistribution of profits in the United States.

The reshape of the electoral system, which has been the ‘talk of the town’ since end of summer, would probably occur, scrapping the EC (Electoral College, the compromise of the times noted for the split between the ”free states” and “slave states”) in favor of popular suffrage, direct presidential elections.

What’s more, the political landscape might become more diverse in full conformity with the actual state of the American heterogeneous society that has de facto created at least four major associations within the Democratic and Republican parties. Apart from a socialist-leaning group of  ’lefties’ that are epitomized by Bernie Sanders, there is the globalist faction represented by two clans, the Bush and the Clinton dynasties, the right-wing Tea party, and now the “trumpists” not yet formally organized but sensing a strong demand on the part of the Clinton-labeled “basket of deplorables”.

All of these tectonic developments are not yet the new reality but a distinct sign of the “shape of things to come.” It will invariably have a durable impact on the standing, influence and practices of the United States in world affairs: from China to Syria, from Ukraine to the Baltic States, from Iran to Mexico, and from Germany to the UK.

Noteworthy, the anti-establishment political groups in Europe with an alternative agenda echoing Trump’s focus on “national interests” have welcomed the minor yet major defeat of the globalist elites. “Donald Trump's victory is a sign that citizens of the western world want a clear change in policy,” Beatrix von Storch, deputy leader of the anti-immigrant Alternative for Germany (AfD) party, commented. On a similar upbeat note Jean-Marie Le Pen, the founder of France's National Front (FN) and father of its leader Marine, professed: “Today the United States, tomorrow France!” While a senior figure in NF, Florian Philippot passed a verdict in Twitter: “Their world is falling apart. Ours is being built.”

On the surface, it might look like a turning point in the evolution of American democracy and in the making of modern history too. But doubts persist. After all, the mind-twisting complexity of the decision-making processes in the ‘corridors of power’ is evidence that the new White House tenant will have to accept compromises as the sole sound means of achieving any strategic or tactical goal. Finding compromises with consistently squabbling political tribes in Washington, D.C. is a challenge in its own right.

The common wisdom has embraced the discovery of Henry Louis “H.L.” Mencken, the influential journalist in America in the 1920s and 1930s, who postulated: “For every complex problem there is an answer that is clear, simple, and wrong.” Donald Trump, self-tutored during his TV reality shows, has exposed a weak point: in the pursue of popularity and understanding by the populace he is inclined to offer simplified unelaborated solutions that might be wrecked when placed into the real world and, in particular, in the global context.

This is applicable to energy policies under Trump administration.

Unlike Hillary Clinton suspected to be eager to introduce new regulations and accelerate transition to green energy, which would push up fuel prices, Trump is more ‘conventional’ in this respect.

What is known of Trump’s priorities in this field, is that he is in favor of offering more federal land for drilling and giving green light to the Keystone pipeline, opening new vistas for exploring greenfields for oil production. He would most certainly welcome additional E&P in the Gulf of Mexico, taking into account there are plenty of offshore drill rigs currently remaining idle, and thus boost inventories and provide energy fodder for the American economy that he had swore to re-industrialize.

And yet, it remains unclear to what extent Trump who positioned himself as an ‘introvert’ and ‘America first’ champion would accept the growing appetite of shale gas producers to ship the product to Europe, Asia, and Latin America. The same question hangs over the untapped strategic oil reserves to be exported to global markets.

However, it might be too early to make forecasts on the shape of Trump’s energy policies since many happenings might be in the pipeline from today till the inauguration on 20 January, 2017.

There is also a fair chance that attempting to “drain the swamp” of federal bureaucracy, Trump will be bogged down in constant in-fighting with opponents from the left and the right, and many they are. It would leave him few time and spare energy to address all the burning and bread-and-butter issues in the US energy policies.

George is Editor of the "Energy International Risk Assessment" (EIRA) independent monthly newsletter, a specialised on-line publication, originally launched in May 2103 as a digital edition to a wide audience of readers. Together with the eiranews.com website, they focus on risk assessment and the geopolitics of energy in South East Europe, the Middle East, North Africa, and adjacent  regions. A retired diplomat, he has worked for 35 years as a Press Counsellor at the Greek Embassies in Washington DC, London, Moscow, Prague, and the UN Greek Mission  in New York City.