The global oil market and its leaders

2018 had seen oil prices buffeted by bullish and bearish influences with oil prices seesawing from $66.87 a barrel on the first day of the year, to a high of $87 in early November then slumping before Christmas to a disappointing $54.10. But there were other forces at play that significantly influenced the price of oil in 2018. These forces were personalities whose decisions, utterances and in some cases farsightedness impacted directly on oil prices and the global oil market and may equally do so in 2019 as well.

I will explain objectively how members of the list influenced the global oil market in 2018 and who, in my opinion, should be the oil man of the year in 2018.

President Trump has been notable in 2018 by his continuous Tweets on oil prices and attacks OPEC. His influence on oil prices is derived from two sources. One is Saudi Arabia doing his bidding on oil production thus widening an already-existing small glut and weakening oil prices. The other is the ability of the United States to manipulate oil prices through the US Energy Information Administration’s (EIA) making hyped claims about rising US oil production and significant build-up in US crude and products inventories and also by alternating the value of the US dollar.  He will be notable for his tweets rather than his grasp of the economics and geopolitics of oil. Anyone in his position will wield similar influence.

However, his biggest foreign policy follies were the withdrawal from the Iran nuclear deal and the re-introduction of sanctions against Iran and also starting a trade war against China.

US sanctions have so far failed to cost Iran the loss of even one barrel from its oil exports leading the global oil market to realize that there will not be a supply deficit in the market thus exerting a bearish influence on oil prices.

Moreover, US sanction waivers which were issued to eight countries in November last year will most probably be renewed in May this year if only to be used by the Trump administration as a fig leaf to mask the fact that their zero oil exports option is out of reach and that the sanctions are deemed to fail.

There are indications that the trade war between the US and China could be coming to an end. However, if the Trump administration tries to take a harder line in trade talks with China, then it can forget about a deal since China will never put its name to any agreement that gives the United States even a hint of an advantage to claim victory.

Still, in escalating a trade war with China, President Trump has created uncertainty in the global economy thus decelerating growth in the global oil demand. 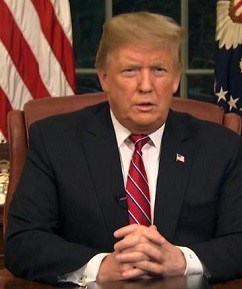 President Putin has exerted huge influence on the global oil market and prices in 2018 and has also displayed a deep understanding of the economics and geopolitics of the oil market. Not only he has consolidated Russia’s position as the energy superpower of the world, he has also made Russia quintessential in the energy world. President Putin’s influence on OPEC and its policies and decisions is now far bigger than the overwhelming majority of OPEC members.

President Putin was instrumental in engineering along with Saudi Arabia the first OPEC+ cuts of 1.8 million barrels a day (mbd) which helped push oil prices up from under $45 a barrel to $87 in November 2018. He was equally instrumental in convincing OPEC+ to reach another agreement on new cuts amounting to 1.2 mbd to bolster oil prices. In effect, he has been calling the shots in the global oil market all through 2018.

Through his diversification drive since the 2014 oil price crash and the imposition of US sanctions on Russia, the Russian economy has managed to reduce significantly its budget dependence on the oil export revenues and also enabled it to live with an oil price of $40 or less. 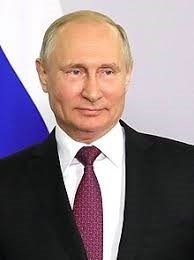 Chinese President Xi Jinping’s influence like that of President Trump’s is derived from the fact that China is the world’s largest economy based on purchasing power parity (PPP) and the biggest importer of oil in the world and therefore it has a huge sway over the market and prices through increasing or decreasing its oil imports.

President Jinping has two important events going for him: one is the launch of China’s crude oil contracts in Shanghai Exchange (the petro-yuan) in March 2018 and his country’s ability to nullify US sanctions against Iran singlehandedly by buying the entire Iranian crude oil exports and paying for them in petro-yuan. The success of either could qualify him for the title of oilman of the year next year or the year after. Still, he will always appear on the list of influential oilmen year after year. 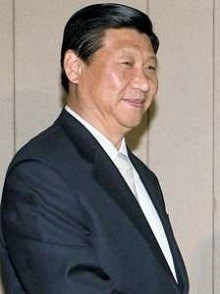 Saudi Crown Prince Mohammed bin Salman’s influence over the oil market and prices is derived from one single fact, namely being the de facto leader of the world’s second largest oil producer and top exporter and also OPEC. Anybody in his place will wield similar influence. Though he will appear on the list year after year, I don’t think he will ever become an oilman of the year.

His policies of doing America’s bidding in oil and political affairs are contrary to Saudi national interests and those of OPEC’s. By succumbing to pressure from President Trump and raising Saudi oil production and adding jointly with Russia some 650,000 barrels a day to the market in June 2018, he widened an already-existing glut in the market, caused a steep slump in oil prices and cost the Saudi economy and OPEC’s a lot of losses. 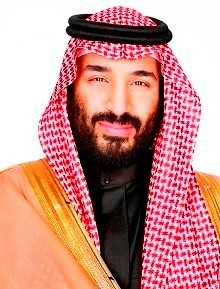 Saudi oil minister Khalid al-Falih is an astute observer of the global oil market. Left to his own devices, he could handle a far more powerful Saudi oil policy with greater influence on oil prices if only his country doesn’t take the wrong decisions by doing the United States bidding. He should be on the list. Moreover, he could make it to the top in coming years. 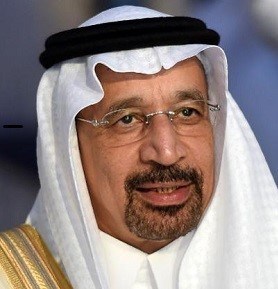 Igor Sechin is a future leader of Russia. He certainly made Rosneft one of the world’s oil giants with support from President Putin. He should be on the list. Moreover, he is a future candidate for oilman of the year. Based on the above analysis, my choice for the oilman of the year in 2018 is President Putin.