HOME / VIEWS ON ENERGY NEWS / THE MAN, THE VISION, POLITICS & OIL AMID THE SHIFTING SANDS OF SAUDI ARABIA

The Man, the Vision, Politics & Oil Amid the Shifting Sands of Saudi Arabia

The OPEC meeting is over and the organization has extended production cuts throughout 2018. The decision is obviously crucial to supporting oil prices, but also of the utmost importance to the vision and future of one man, Prince Mohammed bin Salman, Saudi Arabia’s de facto head of government and Crown prince (the king’s son). 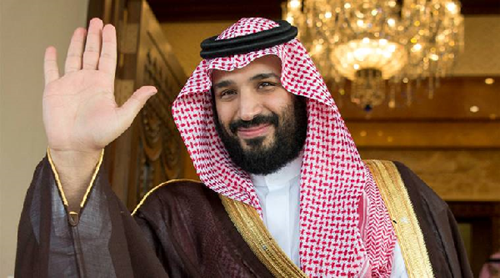 The oil price is key to the success of Prince Mohammed bin Salman’s Vision 2030 which aims to build a dynamic twenty-first Saudi economy.

However, the ultimate success for Vision 2030 will rely upon achieving the main economic goal of this vision – the divestiture of Saudi Arabia from the almost total dependence on the oil revenue. Because billions of dollars will be ultimately needed to drive the engines for change, we get a far better understanding of just how important these latest production extensions agreed to in Vienna were for the young Prince.

Prince Mohammed’s very big gamble is to transform Saudi Aramco into a publicly-held corporation valued at $2-trillion by the Saudis. The Initial Public Offering (IPO) hopes to sell only 5% of the company’s assets for $100-billion. However, in the absence of an independent auditing of Saudi proven oil reserves, international estimates value Aramco far much less than $2 trillion. In fact, the Wall Street Journal estimates the market value of Saudi Aramco at $1.5 trillion which makes the value of the IPO $75 bn, not $100 bn.  Still, the success of the IPO depends on oil prices far above $60/barrel at the time of the IPO.

At a $40-barrel price, the IPO will be a complete bust, and without that economic power from oil diversification, the push forward on all the other social and cultural changes the youth are yearning for in Saudi Arabia is guaranteed to fail.

At $75, or better still $100 a barrel – the Prince will wield the economic power he needs to secure his ascendency to the Saudi throne, where he will sit for decades. He will be able to avoid the likely rebound of angry cousins and conservative clerics an economic failure of a weak IPO will surely bring.

It’s enough to say that the balance of Middle East politics, from Iraq and Iran to Israel, could be affected by the outcome of the Crown Prince’s grand strategy. And all of it relies on a very, very high price for oil.

Saudi Arabia is in a dilemma over the oil price. It could not go back to its failed oil strategy of flooding the global oil market. Nor could it manage to persuade other Organization of Petroleum Exporting Countries (OPEC) and non-OPEC oil producers to agree to further deep cuts because they will refuse. Furthermore, Saudi Arabia does not want to end up carrying the burden of further cuts on its own as it loses both income and market share. To add to its woes, Russia is now saying that its economy can actually live forever with an oil price of $40 or less.

This raises the question as to how long will Russia continue to abide by the production cuts’ agreement signed with OPEC. If they break from OPEC by raising production, the increase in supply would cause prices to fall further. Russia has private oil companies who have been investing heavily in expanding oil production particularly in the Russian sector of the Arctic and therefore they don’t want to be constrained by the continuation of the production cuts for another year. And without higher oil prices, the Kingdom faces an imminent financial crisis. Saudi foreign currency reserves have declined from an estimated $744 bn in July 2014 to $493 bn in May 2017. The International Monetary Fund (IMF) expects Saudi Arabia’s GDP to fall by 1.9% this year as the Kingdom commits to implementing OPEC’s production cuts.

Saudi Arabia currently finds itself in a tense geopolitical situation. Its biggest regional rival, Iran, has seen international sanctions against it lifted as a result of the Joint Comprehensive Plan of Action and is now able to exert a greater influence on the region.

The Saudi kingdom is currently involved in conflicts from Yemen to Syria and from Iraq to Qatar and Lebanon. Moreover, the kingdom stands on the verge of a generational change in leadership.

Circumstantial evidence suggests that hawks in Saudi Arabia may be deliberately escalating tension with Iran. The escalating tension between Saudi Arabia and Iran that is playing out in the proxy battles could widen into something much more serious. While the likelihood of a hot war breaking out remains remote, it no longer seems impossible. Oil prices could double if tension between Saudi Arabia and Iran escalates into an armed conflict. This emanates from the fear that in the event of an armed conflict with Saudi Arabia, Iran could try to block or mine the Strait of Hormuz through which some 20 million barrels of oil pass every day. Threats by Iran in the past to block the Strait of Hormuz pushed oil prices above $100 a barrel. Some analysts suggested the price could even hit $150 a barrel for a short time.

Another crucial geopolitical event could be the eventual leadership succession in Saudi Arabia. After King Salman departs the scene, a power struggle within the royal family is likely. No one can say how intense or violent it might become, but the prospect of crisis comes at a time of rising tensions in the region and intense volatility in oil prices.

Though opposition in Saudi Arabia is extremely quiet at present, the current situation could be the calm before the storm. Internal unrest in Riyadh could start a bushfire which would be difficult to extinguish.

Furthermore, Prince Mohammed bin Salman will face serious opposition in the implementation of his vision from the powerful conservatives who suspect this project is designed mainly to boost his chances of succeeding his father.

The recent arrests of princes and wealthy Saudi businessmen were portrayed by Prince Mohammed bin Salman as an anti-corruption drive. However, circumstantial evidence suggests the arrests have a dual purpose of securing billions of dollars from these arrested Saudi notables to replenish the Saudi declining finances and also eliminating any rivalry to his ascendency to the throne.  Since the founding of the Saudi Kingdom, Saudi kings have been chosen by Shura (the Muslim method of consultation within the Saudi royal family before succession is confirmed). Some powerful members of the Saudi royal family consider that the appointment of Prince Mohammed bin Salman as crown prince in anticipation of succeeding his father a violation of the principles of the Shura.

It is starting to look as if the future of Prince Mohammed bin Sultan and his Vision 2030 are intrinsically linked to a high oil price. It couldn’t therefore have been lost on Prince Mohammed that in this current global oil geopolitics, Russia’s Putin has been in effect calling all the shots.