HOME / VIEWS ON ENERGY NEWS / WILL THE PETRO-YUAN REPLACE THE PETRODOLLAR IN GLOBAL OIL TRADING?

Will the Petro-yuan Replace the Petrodollar in Global Oil Trading?

Oil is like a coin: one side is Economics and the other is geopolitics and the two are inseparable.

The petrodollar came into existence in 1973 in the wake of the collapse of the international gold standard which was created in the aftermath of World War II under the Bretton Woods agreements. These agreements also established the US dollar as the reserve currency of the world. 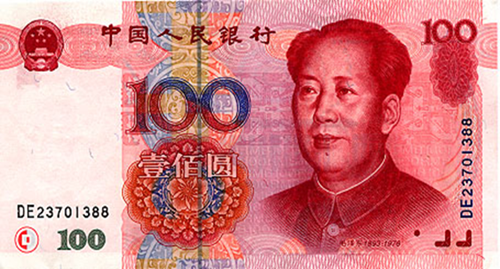 So the United States under Nixon struck a deal in 1973 with Saudi Arabia. Under the terms of the deal, the Saudis would agree to price all of their oil exports in US dollars exclusively and be open to investing their surplus oil proceeds in US debt securities. In return, the United States offered weapons and protection of Saudi oilfields from neighbouring countries including Israel.

In 1975, all of the OPEC nations agreed to follow suit. Maintaining the petrodollar is America’s primary goal. Everything else is secondary.

The petrodollar system provides at least three immediate benefits to the United States.

Moreover, the petrodollar has since elevated the United States economically and politically throughout the world, but after years of unprovoked wars and geopolitical belligerence, US influence is beginning to fade.

China and its long-term plans

China hopes to replicate this dynamic. A rising China is eyeing the benefits of having its own currency play a larger role and to supplant the petrodollar’s role in global trade. The initial focus of that trade is oil trade.

There are indications that the Chinese are now accelerating their long-term plan to dethrone the petrodollar. Right now, China is the number one exporter on the globe, the largest crude oil importer in the world and also the world’s largest economy with a GDP of $19.42 trillion in 2015 (compared to $17.95 trillion for the US), based on  purchasing power parity (PPP).

The Chinese scored a major success for their currency last year when the IMF included the yuan in its Special Drawing Right (SDR) basket along with the US dollar, the euro, the yen, and the British pound sterling.

In the aftermath of the Second World War, the US accounted for 50% of the global economy. But by 1980 this has declined to 22%. Three decades of double-digit Chinese growth has reduced that US share to 16% today.

Meanwhile, China’s share of the global economy has soared from 2% in 1980 to 18% in 2016. China is currently growing three times faster than the US. 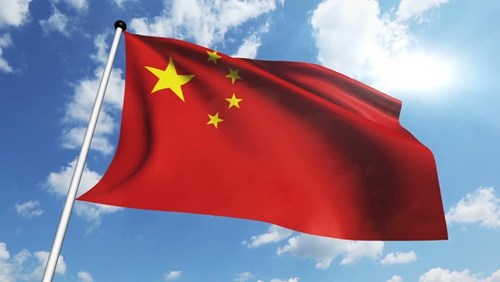 Since the 1970s, the global oil trade has almost entirely been conducted in petrodollars. Beijing hopes to challenge the petrodollar by launching a crude oil futures contract on the Shanghai Energy Exchange (INE) denominated in Chinese yuan (petro-yuan) and convertible into gold, potentially creating the most important Asian oil benchmark and allowing oil exporters to bypass US-dollar denominated benchmarks by trading in yuan. This could have devastating effects on the US economy. Demand for the US dollar and US debt would drop like a rock, and prices would soar.

But it won’t be easy to unseat the petrodollar. Without some major countries like Saudi Arabia and Russia participating, it will be difficult for China to create a futures oil market that is deep and liquid enough to make a difference. Between them Saudi Arabia and Russia account for 23% of global oil production and 25% of oil exports.

A more significant development was Russia agreeing to some yuan-based oil trade in 2015. Angered by the US sanctions, the Russians began undermining the petrodollar by settling more oil contracts in Asian currencies, especially the Chinese yuan, the Hong Kong dollar and Singapore dollar.

And while China pushes for the petro-yuan, Russia is also making moves which could have serious implications for the petrodollar. In addition to the Russian Miner Coin, the Kremlin announced that it will be creating a new state-endorsed cryptocurrency backed by gold. The goal of this coin is to allow free exchange between the cryptorouble and the rouble and to reduce dependence on foreign currency while stimulating the domestic online economy.

China is now trying to persuade Saudi Arabia to start accepting the yuan for its crude oil. If the Chinese succeed, other oil exporters could follow suit.

Saudi Arabia currently sells a little more than 1 million barrels of oil a day (mbd) to China. Russia is still the top supplier to China, exporting 1.55 mbd and in fact, Russia has been taking market share away from Saudi Arabia in China. If Riyadh wants to avoid losing more ground, it may have to agree to yuan-denominated sales. Recent reports that China’s large state-owned oil companies are considering an outright purchase of 5% of Saudi Aramco, a move that Saudi Arabia is rumoured to be considering in lieu of the Aramco IPO, should be seen in this context.

For China, there are a lot of upsides to this gambit. An oil futures market based in yuan will stimulate demand for the Chinese currency, which China believes will lend it strategic clout. That money is also more likely to be recycled back into the Chinese economy. The US has been able to run huge budget deficits, borrowing money at extremely low rates because of the demand for its currency. Petrodollars continuously flow back into the US economy, creating investment and economic growth that might not otherwise occur. The dollar has also long been one of the premier safe havens for investors around the world.

For Saudi Arabia, it would be a difficult choice – lose the Chinese market or spark the ire of Washington.

The launching of the crude oil benchmark on the Shanghai exchange could mark the beginning of the end of the petrodollar.