HOME / VIEWS ON ENERGY NEWS / OIL: OUT OF AFRICA

Oil: Out of Africa

The African continent is not considered to be the main source of oil for the global market. However, it is playing a more significant role as provider of the still principal energy resource. It sets the stage for accelerated development as well as for wars and political destabilization. 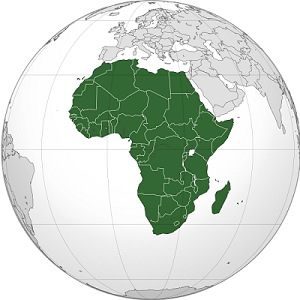 The interest in African oil has solid grounds. Roughly 90% of oil production is earmarked for export. The quality is good, at competitive costs and prices. It makes the African oil resources quite attractive. But the destinations are limited to four main buyers: the EU, the US, China, and India.

African countries provide for China’s 30% of imported oil. The figure for US and India are around 20%. At the same time, oil revenues are vital for many exporting countries. For example, Nigeria relies on oil revenues for 70% of its budget.

The situation in different oil producing African countries varies. The postcolonial status is gone just like the situation when former colonial power and its companies controlled most of local oil production, as France did it for decades.

This time is gone, and the fight for access to the hydrocarbon deposits has soared. In the Republic of Congo (former Zaïre), French companies were replaced by Italian companies that became the biggest local producers.

The most “systematic” approach is typical of China and its resource-oriented diplomacy and investment policies. Beijing is using credits, capital investment and construction of infrastructure in order to assure access to local resource base. Beijing plays some big national companies or buys significant stakes in local producers, as for example it did in Gabon. Here, in 2009, Chinese oil company Sinopec has bought the national champion ADDAX and signed in 2014 an agreement with the local government settling all the controversies.

The situation on the ground is always evolving.

The most interesting episode is linked to the regime change in Libya, which was promoted mainly by France. Paris used its Air Force in combat operations against the Khadafy regime and logically set the stage for the physical extermination of the dictator. In the aftermath of the regime change, the new rulers decided to grant the French Total oil company a share of 35% of oil production (up from the 2% the company owned previously).

Right now, Libyan oil industry is in ruins, but it is another story.

At a company level there is evidence that African Governments attempt to avoid overdependence on oil majors and try to “split” concessions’ rights. Often small foreign companies are chosen, as it was the case in Ghana. The national company cut the fields into many blocks and offered the development to different producers, as the British Tullow Oil, which is now working on the biggest field called Jubilee.

Similar approach was pursued by Cameroon, Ivory Coast, and Uganda.

The experience of Angola, with strong support from China, could be considered as successful. The former Portuguese colony is now the second biggest oil producer on the continent, after Nigeria, and is predicted by the International Energy Agency to become the number one.

Nigeria’s experience could be assessed as negative. Oil production didn’t produce any economic or social benefits to the population, and has instead generated corruption, insecurity and armed conflicts. The oil industry is in "dire strates" but it is not the direct result of the surge of jihadists from Boko Haram movement. However, social disorder is the main breeding ground for radical movements and is leading to a virtual split of the country between the Christians and the Muslims.

On 29th October 2016, we will open the doors of ESCP Europe's London campus to anyone wanting to know more  about the School and its Energy Management programmes.