Twenty seven months since Saudi Arabia launched its war of attrition against US shale oil production, it has still failed to break the back of US shale industry. This failure is starting to haunt Saudi Arabia. 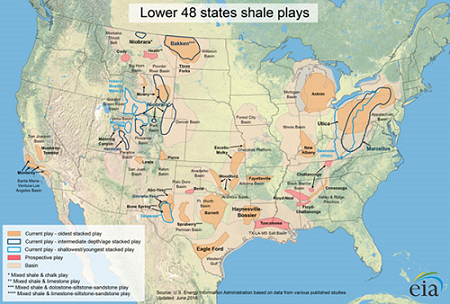 By flooding the global oil market with oil, Saudi Arabia and its allies in the Gulf have certainly succeeded in killing a string of global offshore mega-projects. Investment in upstream exploration from 2014 to 2020 will be $1.8 trillion less than previously assumed, according to leading US consultants IHS. But this is a bitter victory at best.

US shale oil producers have cut costs so fast that the majority of US shale oilfields are now viable at prices of $55-$60/barrel. This price level is almost half the level needed by Saudi Arabia to fund its welfare state and its military involvement in Yemen, Syria and Iraq or for OPEC members to cover their budget deficits. US producers now believe that they can compete with anything that Saudi Arabia has. Revolutionary improvements in drilling technology and data analytics have changed the cost calculus faster than almost anybody thought possible.

A decade ago, the production depletion rate over the first four months of a shale oil well was 90% (see Figure 1). US shale oil frackers are now claiming that this depletion rate has now dropped to 18%. If that is true, then US drillers have learned how to extract more oil. And to add to the gloom, the Baker Hughes count of North American oil rigs has risen to 441. While that is far below the 1,609 rigs that were in operation before 2014 oil price collapse, the rig count has steadily been on the rise in 10 of the last 11 weeks as US producers have adjusted to lower oil prices. 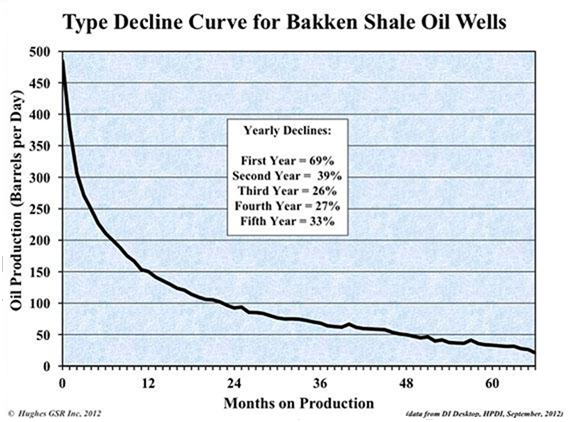 According to American oil industry sources, the amount of debt held by US oil and gas producers has ballooned to almost $200bn in 2015, compared with $81bn five years ago. But the cost of servicing that debt has also increased exponentially after a number of operators saw their ratings reduced to junk.

Still, total US oil production has fallen by 1.5 million barrels a day (mbd) since July 2014 but production has been bottoming out. Today, US shale oil producers can just about cope with oil prices in the $40-$50 range.

Saudi-led OPEC may now have to brace itself for a longer war of attrition than it has ever imagined. By producing 3.2 mbd currently above the agreed production ceiling of 30 mbd, OPEC members are sustaining the glut in the market thus exerting a downward pressure on oil prices. It is a vicious circle Saudi-led OPEC can only break by cutting production by 3.2 mbd.

Now Saudi Arabia is facing the bitter truth that not only its war of attrition against shale oil has failed, but also its other objectives of flooding the global oil market with oil such as defending its market share, undermining Iran’s economy and pre-empting Iran’s and Iraq’s future demand for a bigger production quotas in OPEC, have also failed utterly and miserably. As a result, Saudi Arabia’s economy and financial reserves have become the biggest casualty of its own policy.

In late July 2016, Saudi Aramco was forced to cut its crude oil prices to its customers in the Asia-Pacific region in order to compete with Iran for market share and also to defend its market share. And in China, the world’s biggest oil-importing market, Russia has managed to oust Saudi Arabia to become the largest crude oil supplier to China.

Moreover, Iran is now out from under the burden of economic sanctions. It will not be lost on Riyadh that this adds another oil producer to the world market that it can no longer control.

Iraq’s response to Saudi Arabia trying to pre-empt its eventual demand for a bigger production quota in OPEC, has been to raise its oil production to heights never seen before. Iraqi production has this year exceeded 4.63 mbd with exports of 3.69 mbd. And with continued foreign investment and political stability, Iraq’s production could reach 6-7 mbd by 2020/21 challenging Saudi Arabia’s dominance inside and outside OPEC.

Saudi Arabia does not have very deep pockets to continue waging futile price wars against almost everybody. Its net foreign reserves have fallen by $175 bn from $737 bn to $562 bn in less than eighteen months even though it is borrowing money abroad to slow the loss. Riyadh probably has enough reserves for another eighteen months at current oil prices before perceptions change and capital flight turns serious.

Even if Saudi Arabia managed to increase its market share by say 5% amounting to 500,000 barrels a day (b/d), this could only add some $8.6 bn a year to its revenue at current oil prices. Meanwhile, the loss of annual revenue resulting from the current low prices amounts to $161 bn. Common sense dictates that Saudi Arabia should cut its production and let OPEC do likewise in order to cut their losses.

If US shale oil producers can boost output by another 3 mbd at anywhere near $55/barrel, the Saudis may have to dig in for a very long and painful siege.

*Dr Mamdouh G. Salameh is an international oil economist. He is also a visiting professor of energy economics at the ESCP Europe Business School in London.