HOME / VIEWS ON ENERGY NEWS / ENERGY TOWARD 2030 IN JAPAN

Energy toward 2030 in Japan

The Government of Japan newly developed the Basic Energy Plan in April 2014, which reflected the situation after the Fukushima Daiichi nuclear disaster occurred in March 2011. However, the plan did not show the energy mix (expected percentages of energy sources) in the future. On April 28, 2015, the Ministry of Economy, Trade and Industry (METI) announced the Long-term Prospect of Supply and Demand of Energy plan*, which includes the energy mix for FY2030. This prospect is directly related to the discussion on Japan’s greenhouse gas (GHG) emission reduction target for FY2030 (Intended Nationally Determined Contributions or INDCs).

The METI showed the following basic principles for developing the Long-term Prospect of Supply and Demand of Energy.

The concrete policy targets for 3E+S (Energy Security, Economic Efficiency, and Environment plus Safety) are as follows, considering safety as a top priority:

To simultaneously achieve the above policy targets, drastic energy saving, use of renewable energy, and efficiency improvement of thermal power plants to reduce dependence on nuclear power.

Following the above basic principles, the Long-term Prospect of Supply and Demand of Energy was developed. With regard to energy demand (final energy), it is expected to be 326 billion liter (l), which is less than the FY2013 level (361 billion l) (Figure 1). Although the economic growth of 1.7% per annum is assumed, energy saving of 50.3 billion l is expected to realise the prospect. 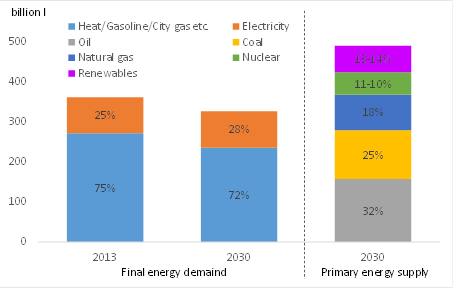 Figure 1 Energy demand and supply (created based on http://www.enecho.meti.go.jp/committee/council/basic_policy_subcommittee/mitoshi/008/pdf/008_07.pdf; in Japanese)

For electricity demand, as with the final energy demand, drastic energy saving is expected to control the increase in demand in FY2030 (980.8 TWh) from the FY2013 level (966.6 TWh) (Figure 2). As a result, the total amount of power generation is expected to be 1065 TWh. By using renewable energy, the dependence on nuclear power is lowered compared to the 10-year average before the Fukushima accident (27%). While developing this structure, electricity costs are also considered.

The percentage of renewable energy is expected to be twice of the 10-year average before the Fukushima accident (11%). The among the renewable energy, the percentages of photovoltaics (PV) and wind power are expected to be only 7% and 1.7%, respectively, since these power sources are affected by natural conditions thus unstable. On the other hand, stable renewable energy such as geothermal, hydro and biomass is strongly promoted to be 13.5-14.9% in total (geothermal: 1.0-1.1%; hydro: 8.8-9.2%; biomass: 3.7-4.6%). These technologies also contribute to increasing base-load power sources. 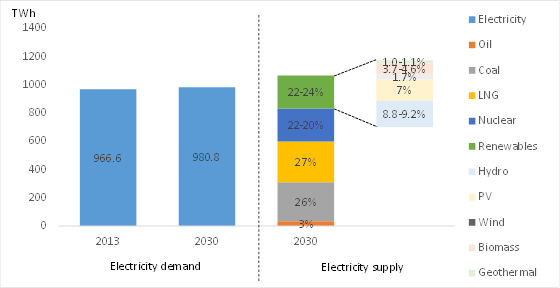 Figure 2 Electricity demand and supply (created based on http://www.enecho.meti.go.jp/committee/council/basic_policy_subcommittee/mitoshi/008/pdf/008_07.pdf)

Japan is facing difficulty in determining the future energy structure after the Fukushima accident. Although four years have passed since the accident, nuclear power plants have not yet restarted operation though some are preparing for it. On the other hand, Japan is expected to submit an ambitious GHG emission reduction target for the INDCs from international society. Therefore, there is a dilemma between energy and GHG emission reduction. Renewable energy can be a solution, but it also has disadvantages such as stability and costs. After the Feed-in Tariff Scheme was introduced, the introduction of renewable energy is promoted, particularly PV. However, its percentage is small and also the cost burden for citizens (electricity users) increases as renewable energy increases under the scheme. Therefore, it will take time to  deliver renewable energy with lower costs. Considering climate change, however, earlier actions are required. Therefore, energy saving will be key while making efforts for promoting renewable energy use.

* At the time of writing, it is a plan submitted to the Sub-committee on Long-term Prospect of Supply and Demand of Energy

http://www.enecho.meti.go.jp/committee/council/basic_policy_subcommittee/mitoshi/008/ (accessed May 8, 2015; in Japanese)