BP might be right to dare to trade with the bear

For many reasons, such as being the world's largest country, possessing vast natural resources and having a population of over 150 million people, Russia possesses good opportunities of investment for foreign companies. However, Russia also has a dynamic, unique, challenging and, sometimes, difficult to understand business environment that has caused problems for many foreign firms. As a result, businesses tend to perceive doing business in Russia more as a risk than an opportunity, and BP knows this - its difficult experience in partnering with its Russian counterpart illustrating this reality.

The TNK-BP deal: Focus on a Russian JV case study

On September 2003, BP and a group of Russia-connected oligarchs: Alfa Group, Access Industries and Renova (AAR), announced the creation of a strategic partnership to jointly hold their oil assets in Russia and Ukraine. As a result, TNK-ВР was created. This was the largest foreign investment in Russia, a result of the merger of Russian companies TNK, Sidanko and Onako with the majority of BP's Russian oil assets. The company was 50% owned by BP and 50% owned by AAR. Although TNK-BP's profits have risen from US$2.7 billion in 2003 to $5.3 billion in 2009, the partners in the venture quickly felt a palpable escalation of difficulties.

The dispute and the spiral

The first signs of difficulty started in 2006, when prosecutors from the Siberian town of Irkutsk demanded to suspend TNK-BP's licence for the Kovykta gas field due to environmental reasons. It was in 2008 that a more serious corporate dispute between BP and AAR arose: the two major shareholders seemed to have differing visions for the company's corporate governance structure and future strategy. The friction increased when Western BP executives experienced visa problems when wanting to travel to Russia, and Robert Dudley, the American CEO, was accused by AAR of having violated Russian laws. (Hoyos, Crooks and Belton, 2008).

Due to these problems spiralling, Robert Dudley stepped down from his role as CEO of TNK-BP in September 2008, at which point AAR nominated Mikhail Fridman as interim CEO to replace him (TNK BP website, 2012). Since then, an independent CEO, Maxim Barsky, was appointed and officially took up the position in 2011. Since AAR had increased its influence through the nomination of the new CEO, some investors feared BP might lose its interest in TNK-BP. Regardless of its weakened political influence; BP declared it was still a good deal to keep its 50% stake since TNK BP represented 24% of BP's production and 19% of total reserves in 2007. In January 2010, BP and AAR held their first joint media briefing pronouncing that their tensions had dissolved and that TNK-BP had a bright future ahead. Was this the reality?

Later, in January 2011, BP and Russia's state oil company, Rosneft, attempted to form a strategic partnership on Arctic development. However, in March 2011 the Stockholm International Arbitration court blocked the BP-Rosneft deal because BP had previously signed a shareholding agreement with AAR, which stipulated that TNK-BP would be the primary corporate vehicle for BP's oil and gas operations in Russia. The BP-Rosneft deal fell-through in August 2011 when BP was replaced by ExxonMobil as Rosneft's strategic foreign partner in the Arctic.

In June 2012, BP finally announced its plan to sell half of its stake in the joint Russian venture, TNK-BP. Despite continuous disputes between the two sides, this announcement came as a surprise because BP had reiterated that it was not interested in selling its stake, the joint-venture being a lucrative investment for BP (Wedigier and Kramer, 2012).

Rosneft's boost with TNK-BP purchase - A fresh start for BP in Russia?

By buying half of the stake in TNK-BP owned by the consortium AAR and BP's half of the venture, Russian Giant Rosneft -which is already the top oil company and the world's biggest producing company - is about to be hurled into the premier league of international oil majors with the equivalent of 4.6m barrels of oil a day, way ahead of ExxonMobil. (Chazan and Belton, 2012). BP, on the other hand, will be left with about 20 percent of Rosneft and two seats on the Russian company's board, which will place it as the second largest shareholder in the national energy champion. This new agreement seems to bring with it a release for BP which brings hope for a fresh start in Russia (BBC, 2012).

The agreement, which is now in the hands of Russian government approvals, will give Rosneft extra cash flow ($4.8bn) to finance new explorations of Russia's vast reserves to replace ageing and depleting fields. It will also bring BP's technical expertise to its Russian counterpart, quality needed by the government to demonstrate its efforts to pursue privatisation and modernisation to its critics. BP will receive $17.1bn in cash and, as mentioned before, almost 20 percent of Rosneft shares. In this deal, AAR will also get $28bn.

The result of all this is that the negotiating power of AAR businessmen could be weakened whilst BP will receive significant funding and access to some of the largest untapped oil and gas resources. For BP the deal represents an opportunity to remain in Russia, allowing it to continue its exploration and exploitation of the country's vast energy resources, including the Arctic region. Finally, Rosneft will be able to tap into BP's expertise of exploring under difficult and potentially risky conditions and most important, it will benefit from a worldwide leadership position.

Overcoming these obstacles, BP might have learned how to operate effectively in Russia. It seems that the initial difficulty of understanding Russia's business environment could have become an advantage and serves BP to create an entry barrier against those who would be tempted to invest in this country.

Dealing with Russia is not simple. The restructuring of Russia's political and economical systems since the end of Communism is providing both opportunities and risks for foreign businesses and FDI (Puffer, 1996b). Corruption undermining the function of the state, in addition to the absence of rule of law, might become pervasive. The influence of Western leaders is more limited now than it was in the 1990s when Russia needed financial help. Therefore one shouldn't try too hard to change the Russian system but rather adapt to it when intending to do business (The Economist, 2010). 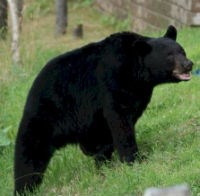 A great deal of literature has covered many aspects of Russian-specific management and leadership. Kets de Vries, Stanislav Shekshnia, Konstantin Kortov and Elisabeth Florent-Treacy (2004) talk about "The New Russian Business Leaders" to explain the intersection between individual leadership and national character in post-soviet Russia. Alena V.Ledneva in the "Unwritten rules:How Russia really works" (2001) describes the informal practices that shape post-soviet politics and business. Svetlana Khapova (2007) shows how Russia key career attributes accommodates a different meaning compared with their original Western meaning, and that these meanings are continuously changing to reflect the current social, political and economic environment. Ofer Feldman and Linda O. Valenty (2001), study the ethical values in Russian education and family background as well as the role and values of Russian leaders to explain certain Russian behaviours in business. Sommer and Welsh and Gubman (2000) also consider how Russian managerial values are developing in the context of sweeping economics.

It wouldn't be bad for the leaders of BP, and of other companies willing to do business with Russia, to pay attention to some of these behavioural and cross-cultural studies for the sake of better cooperation and understanding of how to deal with the bear.